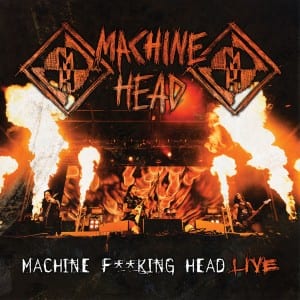 As the Greek fans witnessed this past summer at Rockwave festival, Machine Head’s live shows are a devastating experience. Recorded at various stops of the 8th Plague tour, ‘’Machine Fucking Head Live’’ easily proves this statement. The impeccable performance of the band is perfectly combined with the unstoppable singing of the fanatic crowd, without too many overdubs, so that the rawness of the sound is preserved. The setlist features almost all the tracks off the astonishing ‘’Unto the Locust’’, and of course classics such as ‘’Old’’, ‘’Ten Ton Hammer’’, ‘’Imperium’’, ‘’Aesthetics of Hate’’ and the ending with ‘’Halo’’ and ‘’Davidian’’. Phil Demmel and Adam Duce help out Robb Flynn with the very demanding vocals, especially in the choruses of the last album, where you can feel the whole venue screaming every single lyric. General Flynn commands the crowd to lose their minds at every opportunity, and you also get to hear his usual epic speech right before performing ‘’Darkness Within’’.
Slash commented on the record: ‘’ It’s one of the most intense metal records I’ve heard. Live or otherwise’’.
Headbang motherfucker.