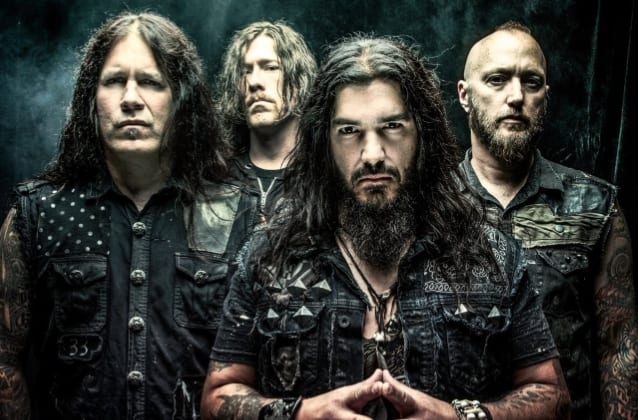 Machine Head announced that their upcoming U.S. tour will be the last one to feature the band’s current lineup: Robb Flynn (guitar, vocals), Phil Demmel (guitar), Dave McClain (drums) and Jared MacEachern (bass). Flynn spread the news in a 10-minute Facebook Live video that you ca watch if you click here in which he revealed that Demmel left the band on Wednesday (September 26), followed by McClain’s exit a day later. “Jared kind of quit, but didn’t know if he was quitting for sure,” Robb added. The upcoming tour will be this lineup’s farewell: “We have all agreed to all make this a celebration of our music and this era of the band. We have grown apart as people. Musically, we’ve grown apart. I have held on too tight to the reins of this band, and I have suffocated those guys. I’ve got some rough edges,” he admitted. “I’m kind a barnacle. And those rough edges have given us the success we have, but they’ve also hurt the people around me.  I’ve got a lot of drive, but I’ve got a lot of anger and rage. And that drive of mine has alienated folks in the band”. Flynn expressed his respect for his soon to be ex-band members: “I wanna say that I’m honored and grateful for everything that they’ve contributed to Machine Head, which is a lot. 15 years with Phil, 23 years with Dave.” As for the future he appeared skeptical: “I don know what the future holds. We’re all a little scared. I’m scared, and they’re scared. But if you’re looking for a drummer or a guitar player, you can find no better people to have”.