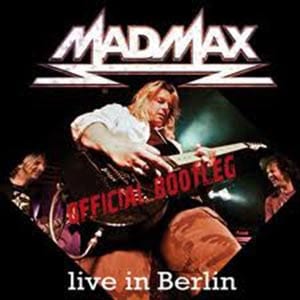 30 years later, the German outfit portrays a different musical style (in more melodic hard rock paths) and at the same time decides that it is the right time to release its first ever live album. Without any studio intervention –thus, the subtitle “official bootleg”- Mad Max presents a set list based prominently in their last two or three studio albums and reminds me personally of their excellent show in Athens a few years back. The fact that Mad Max retains a more or less steady line-up (Voss, Breforth and Bergmann have been together for lots of years) becomes evident in the live rendition of the songs as the band is pretty tight while Michael Voss is doing a superb job behind the mic. My only objection stems from the “in between the songs” speech by Voss that is all in German language…but, I guess it’s only natural as this is a German band playing in German ground.

Highlight: Those of you who look for a best of package by Mad Max, this is not your choice…but, if you want to check out what the group can do on stage…then, yes, “Live in Berlin is definitely your choice!