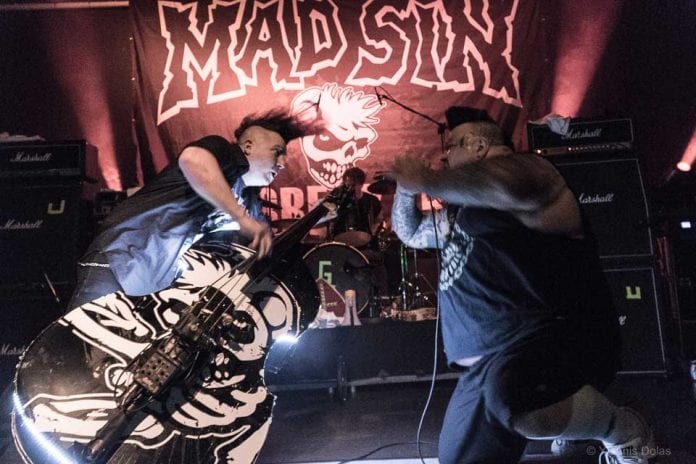 Friday night at Gagarin 205 with the German psychobilly legends Mad Sin wasn’t something I was going to miss! The show started late given the fact that the doors were planned to open at 9 and The Thriller which was the support act came out at 10:30! 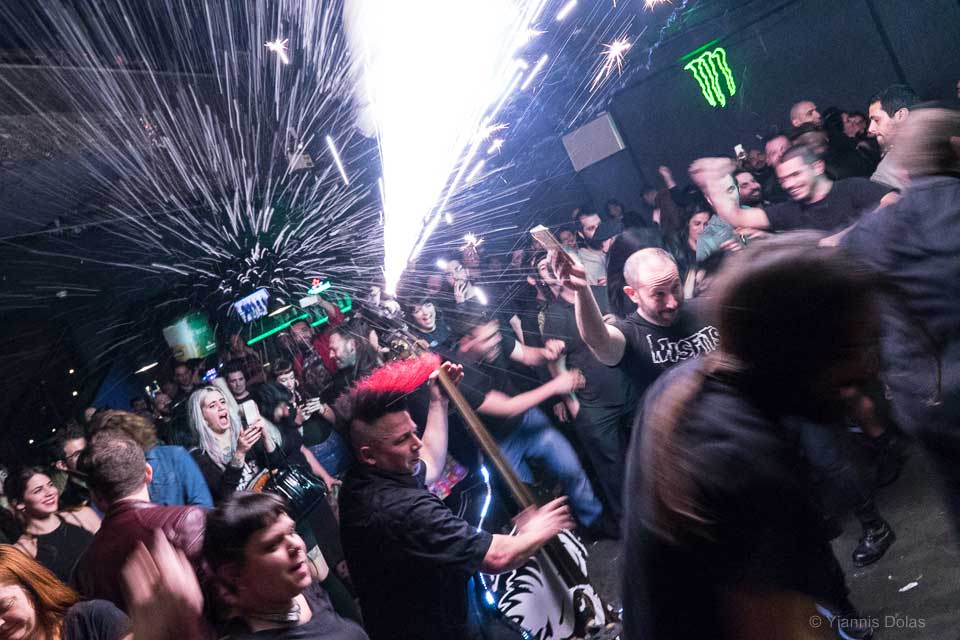 The Greek band was very cool warming up the atmosphere for a small audience that was ready from early on. A lot of people started to dance or move to the band’s vibes. What stood out was definitely the instrumental, “Voodoo Land” and Vaggelas on drums who was playing while standing up honoring the rockabilly drummers tradition. It’s encouraging that there are Greek bands of that genre that perform that good. 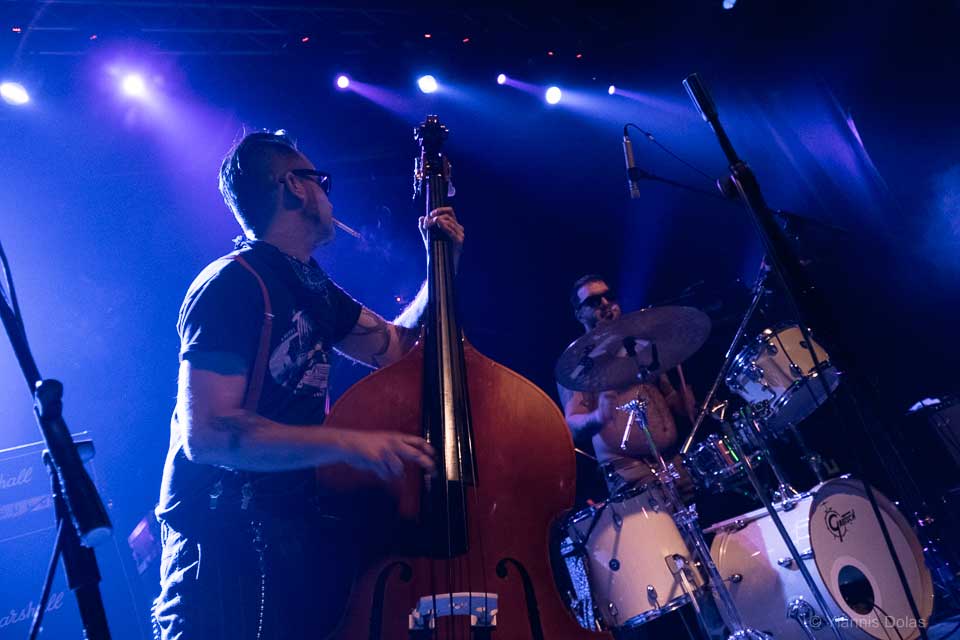 It was after 11 when the Germans got on stage with the captivating frontman, Koefte Deville, and Valle’s impressive upright bass with the white neon light. There’s nothing original to say about the band’s stage present and performance. This is a band with a 30-year plus career that had honed its craft a long time ago. They were playing with the crowd with an enviable ease, while on “I Shot The Sherif” and “Ace Of Spades” the place went nuts with Valle playing among the crowd and lighting fireworks from his bass. I am sure you will see some cool photos in the social media. 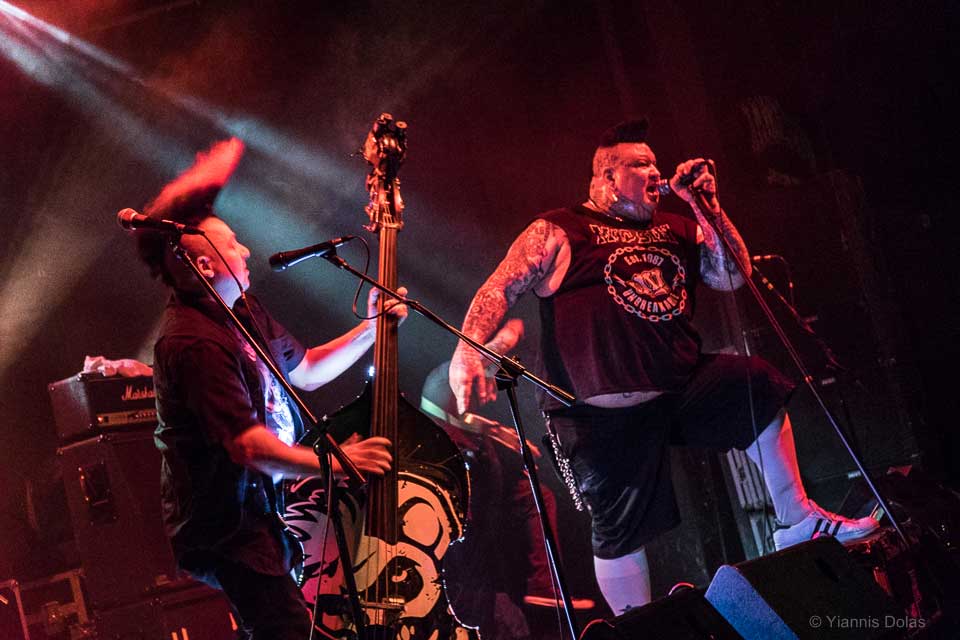 Mad Sin were never affected by the poor attendance in such a big space and played with great passion, energy and honest enthusiasm. Especially the youngsters Ramon Mighty and Manny Anzaldo must have posed in every possible way with their guitars even when Koefte was pouring beer in their mouths. The show had all the ingredients of an amazing rockabilly party and I am sure that everyone who was there had a great time!
Yiannis Dolas