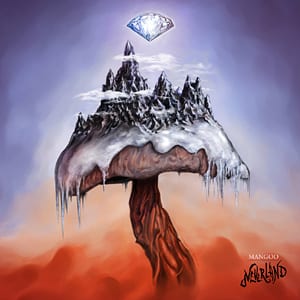 Mangoo come from Finland, and they play an amazing mix of heavy-stoner-space-psychedelic rock filled with passion, imagination, paranoia and true love.
This is their second album which comes as an apotheosis of jamming and the ‘70s spirit in music, as far as the songs evolution and arrangement is concerned. Surely, bands like Hawkwind, Sabbath, Purple, and Zeppelin will come to your mind by listenint to Mangoo, while I guess it’s safe to say that these bands were some of their influences. However, they filtered those elements so good, while they added several blues and jazz touches on a production that is perfectly imperfect. The sound is heavy and rough as it actually suits an album like that, while the lead singer’s, Pickles, voice sounds just like Chris Cornell.
Unfortunately, due to the “storm” of new releases and the tireless promotion through Facebook, Twitter, -you name it-, sometimes we miss bands that we would have liked if we had a chance to listen to. So, if you are into the Scandinavian rawk sound with all the references that we mentioned here, then it’s your holy duty to check out Mangoo!
PS: Small Stone Records is always a guarantee of quality!