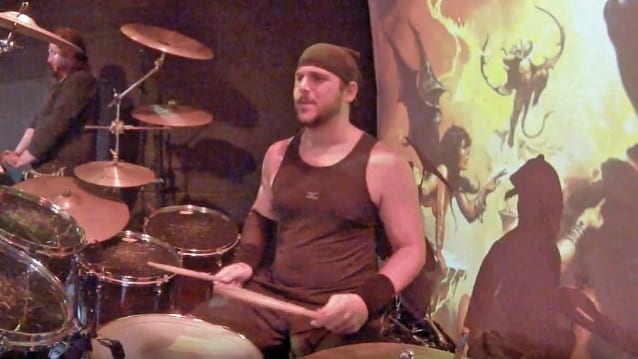 Brazilian-born drummer Marcus Castellani made his live debut with MANOWAR last night (Wednesday, November 15) in Norrköpping, Sweden. He joined the band as the replacement for original MANOWAR drummer Donnie Hamzik, who returned to the group in 2010.
Castellani, who previously played in the Brazilian MANOWAR tribute band KINGS OF STEEL, said: “I grew up listening to the iconic bands that made metal as we know it today — and of course MANOWAR was one of them. Scott Columbus has been my greatest inspiration; the unique power in his playing and his massive sound were amazing — but, more importantly, he taught me that emotion and the right feeling are equally important components to make a drummer truly outstanding.”