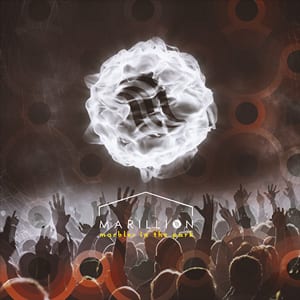 The Marillion Weekends have been on our agenda before. We have presented them twice as correspondence, in 2011 and 2013 from Port Zelande in Holland. Whoever was lucky enough to have been there must have had an unforgettable experience. This tradition continues to occur, spreading its wings towards England, Canada and as from this year in Poland.

“Marbles In The Park” is related to one of the three times the British appeared in Port Zelande in 2015, and as the more ‘experienced’ can figure out, its content is the whole of “Marbles”, the 2014 masterpiece. Despite the quality and excellence of the following Marillion albums, I personally think that nothing compares to it. “Marbles” can stand high in the year 2015, as if it was put together not long ago and I do not think that this is the time or place to critic the (studio) album. The playing skills of these musicians and the emotions they evoke on their concerts can be passed on to a high degree in this album- I am not saying 100% because this can only be achieved through an “in front of the stage” experience. This double c.d. concludes with “Out Of This World” and “King” of “Afraid Of Sunlight” (1995) and “Sounds That Can’t Be Made” of the so-called album which had just been released. “Marbles In The Park” is a superb release and representative of Marillion as we know them now. Therefore I recommend it without a second thought.