Mark Slaughter has just released his first ever solo album, “Reflections In A Rear View Mirror” and we wouldn’t miss the chance to learn a few details about it, ask Mark why he is not recording new music with Slaughter anymore and many other interesting things as you will see below. Of course, we couldn’t resist asking Mark about his former, eccentric bandmate…I am sure his name is familiar to all of you, right? Interview: Sakis Nikas

Rockpages.gr: Hey Mark, how are you doing? 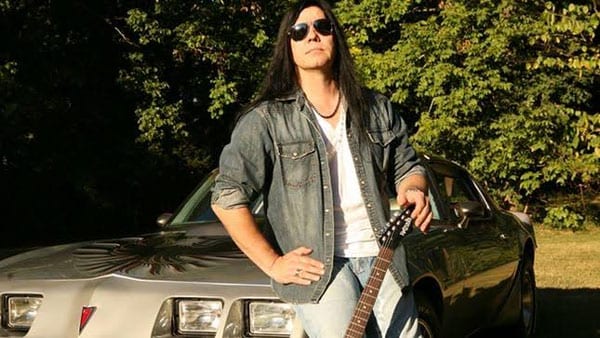 Rockpages.gr: Are you in Nashville right now?

Mark Slaughter: Yeah, I am in Nashville. Are you in Greece?

Rockpages.gr: Exactly! Have you ever visited Greece?

Mark Slaughter: No, I have not…it’s one of the many places I need to visit. Greece is on my list.

Rockpages.gr: You know, of course, that you have many fans here…

Mark Slaughter: I hope so…hopefully, we can make it over there!

Mark Slaughter: Well, I have been writing songs on my own…my band, Dana, Blando and Zoltan had been playing with Vince Neil from Motley Crue in his solo band. So what I did was…when they were away doing that, I was working on new material. I recorded the stuff and I thought that it would be a good idea to release it since it was almost done…I am playing all the instruments except for the drums so it was one of those things that I decided to go ahead and throw it out as it is. That’s why it’s a solo record.

Rockpages.gr: Why did you think that now was the perfect time for a solo record?

Mark Slaughter: It wasn’t something that I thought: “Oh, I am gonna do this right now”! It was just a natural course of events. I just had the songs and I thought that I should put the album out now. I talked to a couple of labels. Escape Records loved the record so I went forward with it.

Rockpages.gr: I am happy that you reached an agreement with Escape for the physical product of the album because initially it was supposed to be just a download album.

Mark Slaughter: Correct! I’d had to ship it there cause I am running my own label here in the States. It’s one of those things that it’s better to have a European partner…distributor…because they can promote the album better. It works for everybody.

Rockpages.gr: Let’s talk about the album. “Reflections In A Rear View Mirror”…what does the title suggest; what’s the meaning behind the words?

Rockpages.gr: Listening to the album samples –as the European edition is not available yet- I noticed that there are some Slaughter elements in there but also some more personal stuff…dare to say, more progressive stuff. What’s your comment?

Mark Slaughter: I agree…I think there is some progressive stuff on the album. This is how I play…but it wasn’t something that I said or thought…I mean and I didn’t sit down and said: “I’m gonna make a progressive record”. It was the natural cause of what I was writing. It’s a very different record to a Slaughter record although you are right…you do hear elements of Slaughter in there. It was very challenging for me because as I said I handled almost all the instruments, wrote the music and engineered the album. So, it was a very good, artistic approach for me. It was different compared to the usual way of recording a Slaughter album. This time I had the chance of thinking over all the elements of the songs…the music and lyrics.

Rockpages.gr: It’ only natural to compare your solo album to a Slaughter record because you have such a distinctive voice.

Mark Slaughter: Exactly! That’s a thing that happens with a lot of singers when they are trying to do a solo record…they carry the elements of their band. After all, it’s the lead singer…

Rockpages.gr: I am glad that you didn’t experiment so much with your sound as it happened in the past with other singers when they went out and changed their style on their solo records.

Mark Slaughter: You are right…I am not trying to chase some other style or approach a new audience. This is a different era for the record industry and I am just trying to be myself. I am not trying to reinvent myself…I am just trying to be an artist. This is where I am at this point of my life…trying to make music for the love of music and not just for the paycheck. This is very common for a lot of artists. In order to make a quick buck they put out demos and release not so good stuff as opposed to really taking the time and do a record properly. With this album…I recorded it properly, I spent the time, I put the love in it. It has all the good elements…it has diversity, progressiveness but ultimately it’s art and that’s what I am trying to do.

Rockpages.gr: You are right. I must say that I loved the fact that you collaborated with Michael Wagener as he is one of the best producers in rock music. How did you get in touch with him?

Mark Slaughter: I had Michael mix the record…he is a dear friend and you are right…Michael is a legendary producer. When I had all the tracks done, I reached out to Michael because I knew he would understand what I was doing. Ultimately, that’s where my head was. “Reflections…” has all the old school rock elements and again…I am not trying to chase a new sound but I am trying to stay true to where I came from. Michael is an incredible talent and friend and I am very glad that we got to work together on this.

Rockpages.gr: 2015 is a busy year for Slaughter as you have booked many shows in USA. Do you think that you will find the time for some selected solo shows in order to promote the record?

Mark Slaughter: I might do a few solo shows but it’s not on the top of my priority list. Slaughter is my band…that’s my thing. It’s no different than Paul Stanley or Mick Jagger doing a solo record outside of KISS or Stones respectively. I think it’s one of those things of trying to be an artist and not just sitting around waiting for the next tour to happen.

Rockpages.gr: I am glad to hear you saying that because I’ve been a fan of your music and your voice since the Vinnie Vincent Invasion days and I always thought that it is a crime for hard rock music that it’s been 16 whole years since the last studio album by Slaughter. Why did you let time slip by and do you have any regrets regarding this recording inactivity?

Mark Slaughter: I think sometimes life gets crazy for people…family, kids…you start doing other things and everybody gets sidetracked in life. My boys…I have a teenager and a 20-year old boy…for me, I’ve done my family duty and at this point I want to get back to my love which is making music and return to where I came from.

Rockpages.gr: So, I guess we haven’t heard the last thing from Slaughter yet…

Mark Slaughter: Absolutely not! The whole band will be more involved in the near future…that’s for sure. 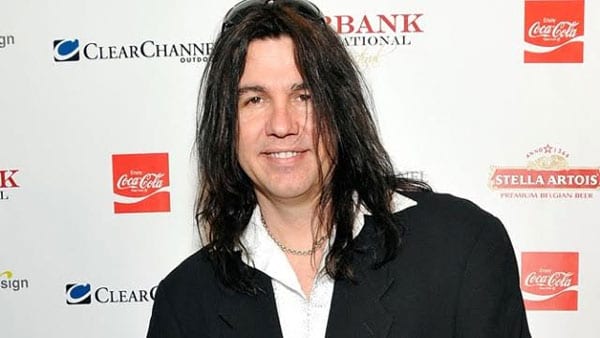 Rockpages.gr: You’ve been involved in various projects, like tribute albums or participations in albums by other artists. Is it a way of expressing yourself musically and at the end of the day earning a living?

Mark Slaughter: It’s something that I love doing. It’s also…when you are not busy, what else is there to be doing? Will you sit around and do nothing or would you be a guest on someone’s record…sing, play guitar…whatever. I am a working musician…that’s what I do in life. Certainly, it’s not a lot of money when you guest on a record but the whole side of this industry has changed a lot…it’s not about the money anymore…it’s about the art. It’s a genuine approach in music.

Rockpages.gr: By the way, I was surprised to see your name at the credits of an Iron Maiden album. I am a huge Maiden fan and I wasn’t aware that you liked them, too…

Mark Slaughter: I love Iron Maiden! I also toured with Iron Maiden back in the Vinnie Vincent Invasion days…in 1986. I was very very lucky to see Bruce Dickinson play with Iron Maiden on “The Number Of The Beast Tour” in USA. I get Goosebumps every time I think about it because it was such a great show…the line-up was awesome…Scorpions, Loverboy, Foreigner…Iron Maiden was just phenomenal! Maiden was a part of my youth…I love them!

Rockpages.gr: I am not asking you any Vinnie-related questions because your answers are all well documented throughout the years. But, I was wondering if you have met him in the last 10 or so years given that you are staying in Nashville and I believe that he is Nashville, too…at least, he used to live in Nashville.

Mark Slaughter: Yeah…I have not seen Vinnie since I walked out on stage with Invasion in 1988…Vinnie Vincent is a huge talent and I think that he should start doing music again because it’s been almost 30 years since he last put out a full album. He should be making music and not just sit around.

Rockpages.gr: Slaughter was active as a recording act in a period when hard rock music was entering a more or less declining phase. Do you think that you were late for the party and the future would be different if you had appeared in the music scene a few years earlier?

Mark Slaughter: I think that you are absolutely right! It would have been a little bit more different for us if we were there earlier. We were the last wave of what people call “the hair metal movement”. But at the same time, we were different compared to other bands of that genre because we simply were on of the very few if not the only band that wrote, produce and perform our own music. We always were very “hands on” and very “in control” of our sound and of our career. Having said that, I do agree with you…if we were there earlier, there would be different dynamics but I don’t look at it as a negative but as a positive fact because we were part of a great movement!

Rockpages.gr: I totally agree with you and let’s not forget that your first couple of records is classic hard rock stuff!

Mark Slaughter: Thank you very much! We put a lot of love on those two records! 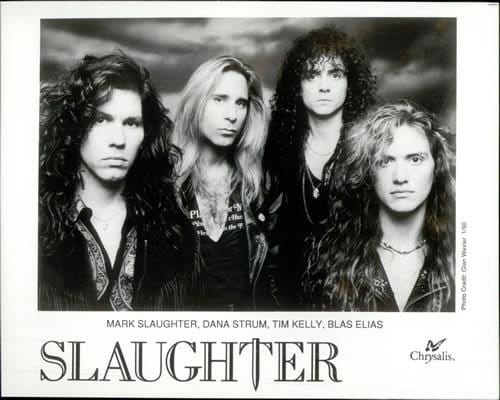