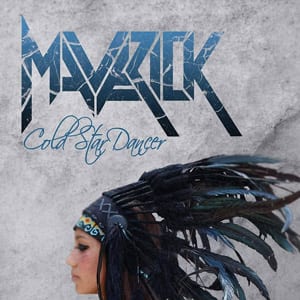 This is the third album for Maverick, the band from N.Ireland, that follows the glorious path of their previous one, “Big Red”.

This is an apotheosis for ‘80s hard rock in an album how-to make your retro influences sound fresh and modern than simply copy them. There are some moments where Maverick get heavier than ever before, so that’s a difference I spotted, but their skill in writing beautiful melodies is always there. Actually, “Goodbye” is one of the best songs they have ever released with a riff that sticks to your brain from the first spin and the same goes for its melody.

On the other hand, the bands identity, like for example the gang vocals stay intact and it’s some details that make the difference like for example the bluesy solo on “Kiss Of Fire”. Also worth mentioning is “Myrmidon”, which is inspired by the fierce army of Achilles, a rather unusual lyric theme for a hard rock band. The production is even better and more clear than “Big Red”.

If you like you hard rock to be catchy, melodic, ballsy and the rest you should check them out… yesterday!