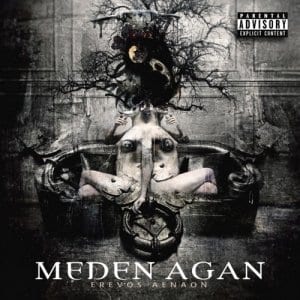 Keyboards are frantic, even berserk, guitars are made of fine Bilbao steel, bass and drums gallop thunderously and that voice… this is a voice born to be praised! Killing soprano larynx Iliana does not need reviews or interpretations… She owns a huge voice and many of her colleagues should listen to her work, however, we must warn them, they are for a big surprise! Hard work and impeccable performance by Iliana, fully harmonized with the performance of her bandmates. They play like a million… And then it’s time to analyze the key-words of this album. Aka… killer songs!
Three minute long and four minute long tracks, mainly, filled with beautiful themes, perfectly orchestrated in order to attract the listeners and basically trap them in terms of not wanting to stop listening. “Black sky” and “All seem lost” are quite the strong introduction and then… it’s even more appealing! “Dissolve into grey” is a real panic-song; voice is fighting the other organs inside a motion picture motif, leading to “Nemesis”, featuring dark male vocals giving a sick breath to it, only to let female voice to enter, disguised as the divine medicine! Stick around, same thing happens during the title track. We even get to listen to blast-beats here! Some songs might remind you of Nightwish for a few seconds, mainly because of the soprano vocal outburst, however, the band is playing their own stuff, they are more  powerful, more noisy, tougher and wilder, referring to fork themes and bands the likes of Epica and Within Temptation.
“Universe unseen” is a totally interesting tune, voice and keyboards paint the first half together and then it’s full-band attack… You will also get to listen to three extended version for three of the songs you listened to earlier. One of them is “From the ashes of sin”, which sounds immensely epic plus immensely schizophrenic!
Fantastic job, amazing album! Best of luck, best of success!