On Friday night we have found ourselves in Death Disco close to the beautiful Monastiraki of Athens to watch the mini Greek tour of Meden Agan, Mandragore, Dreamrites along with Fallen Arise who were present in the show with them. With a summer mood we visited the small club to see what the mostly melodic metal sound of Greece has to offer.

So, at 8:30 Dreamrites first of all the bands got their feet wet and welcomed us with their classic 80s’ Heavy Metal taken right from Iron Maiden’s school. Although newly created the Heavy Metallers from Larissa performed their songs decently. Unaffected by the small crowd they gave a show full of good mood. At some times fast, at other melodic with their melodic double solos playing a main role to their sound, in cooperation with the Maiden-like rhythm section, they brought the metal of a past decade on stage. In 40 minutes they had in their disposal the jovial Dreamrites ”got themselves sweaty” pretty decently. 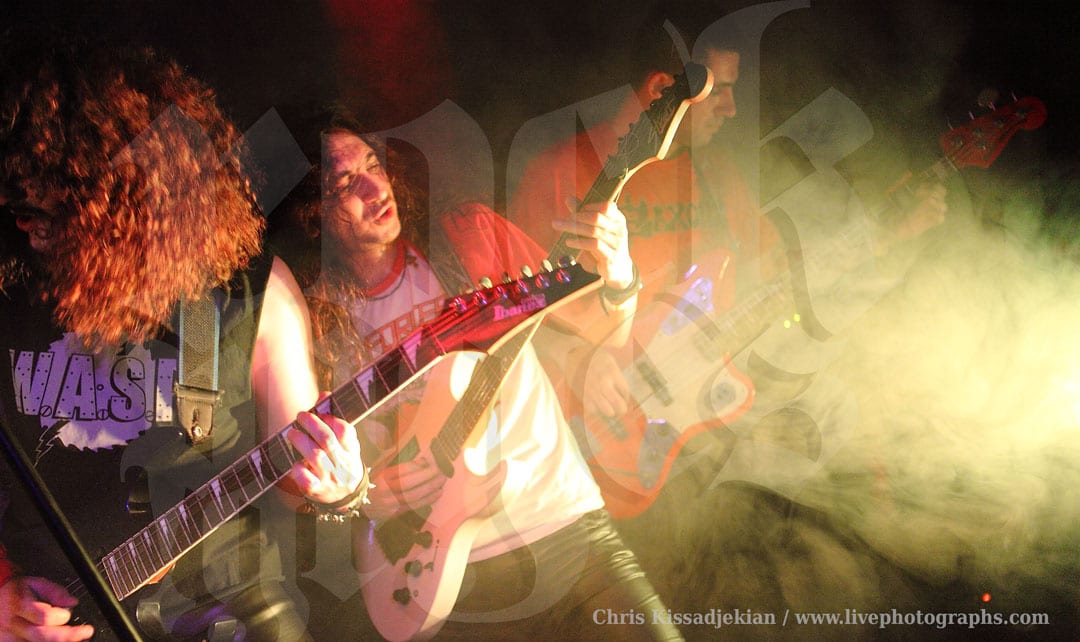 Ten minutes later Mandragore from Thessaloniki made their first appearance in Athens having also the first female presence for the evening on microphone. Obviously, tightened in the beginning and at the same time modest, the vocalist of the band gave the first vocal interpretations in the style of Symphonic Metal in a really beautiful way. Playing in the context of Symphonic Metal the band was trying to prove what it had to offer with every song they played. With a good sound in general, in terms of venue and its quality and with compositions coming from their demo work and their new single, Mandragore attempted to give breath to the gerne they support. In the hightlights of their show we will include their cover of a Delain’s song but the problem they had with the keyboards cannot be left unnoticed. But as they said: These things happen… 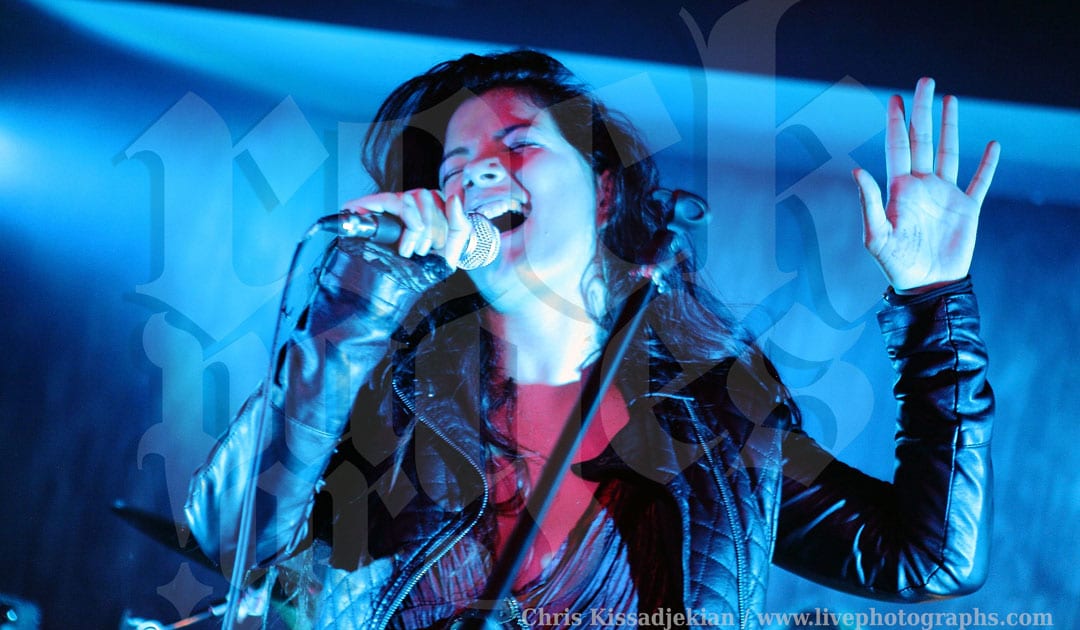 At 10:00 o’clock the curtain rose for Fallen Arise and the time came for them to display their dark emotional fairytale on stage. Each member of the band distinguished on the stage of DeathDisco and left its stigma while the total stage performance of the band was extremely theatrical and showed that it served the atmospheric vibe and the concept of their music. Beautiful and melodic choruses, neoclassical orchestrations based on the keyboards and powerful vocal interpretations between the two vocalist. Personally, I had a fondness for the evening and that was the very dirty vocals of Chris that accompanied the melodic parts of the compositions of Fallen Arise. The band chose to play songs from their own discography ,following their theatrical pattern in order to support them. And as it appeared they managed to pull it through, since the crowd that had filled the venue seemed to respond positively to their show in the 55 minutes they had at their disposal. 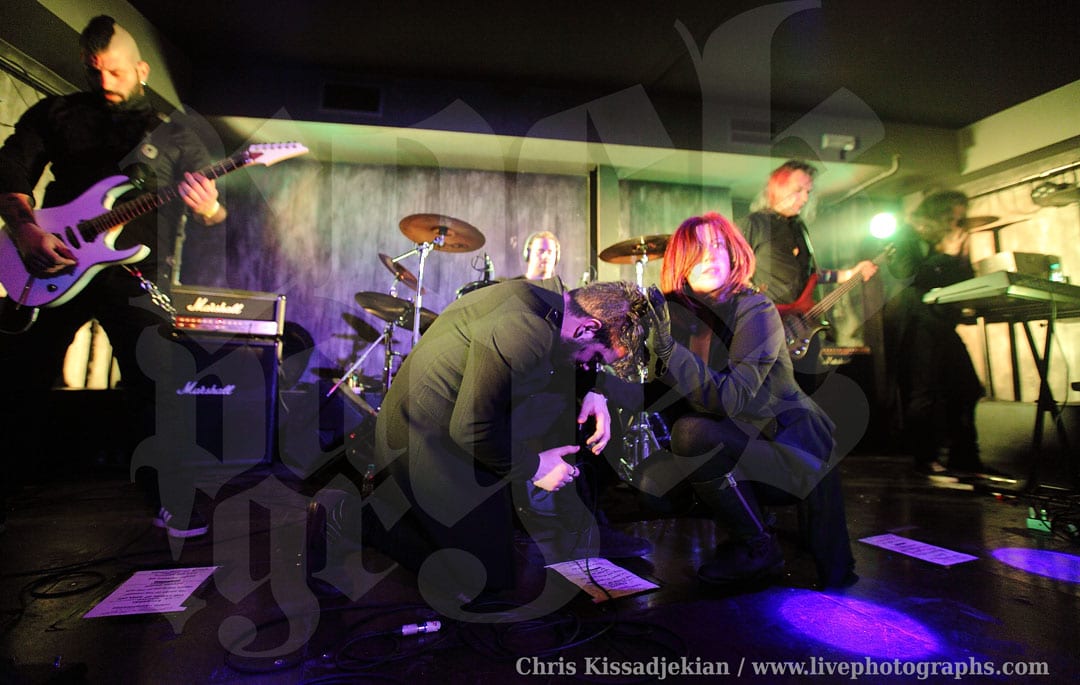 Finally, Meden Agan were summoned to do credit for each attendant in the hall and band’s new member, Dimitra Panariti, took over this burden to the greater extend. Facing the bet of justification and recognition right from the start especially by the band’s fans, guitarist Diman and his fellows presented material mainly from their last album. With soprano interpretations in the classic Meden Agan style but with Dimitra’s voice in more sweet levels than her predecessors behind the mic, the band seemed to capture the crowd and no one was left disappointed (besides those could not get enough of the band in the one hour they performed). 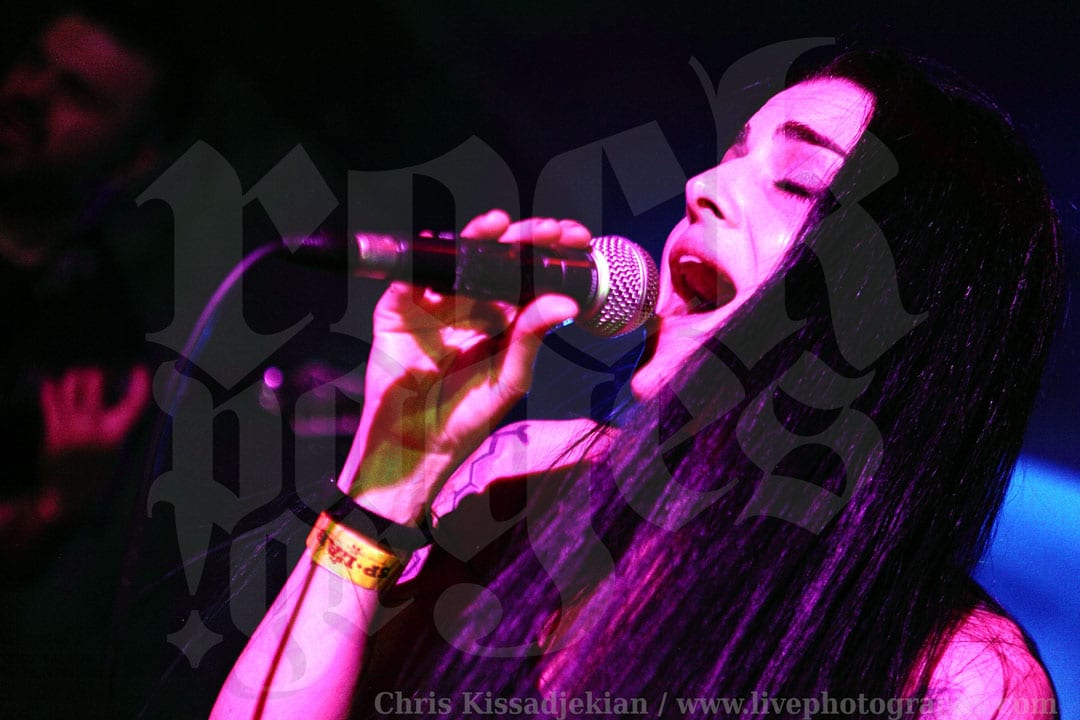 Apart from their cover of Italian Lacuna Coil’s “Heaven’s A Lie” the group presented to us a really interesting cover of “The Show Must Go On” which to be honest left me with neutral impressions, but that does not characterize the acting negative. In the end of the evening the question is if Dimitra and the renewed Meden Agan form a set that can keep its fans and earn new ones. The answer though only negative cannot be described by anyone
who gave their pressence on Friday’s night. 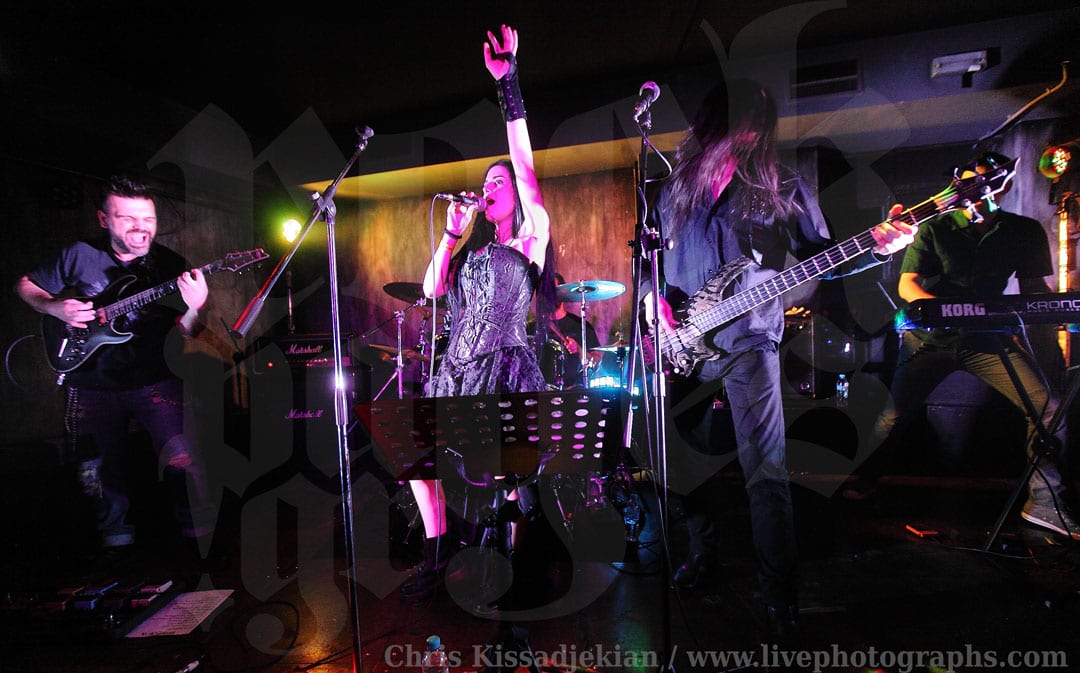