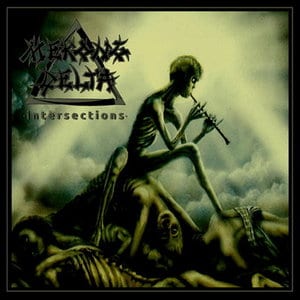 Mekong Delta is a band with almost 30 years in the music business. Their sound was really unique from the first record. A mix of thrash/speed metal from the 80’s with the compulsive need for perfection in the sound resembling a progressive metal band. That is until 1997 where they took an almost 10 year break but since 2007 they are back and making records regularly with their 2010 release being focused on a more power metal sound.
Throughout their 30 year career the Germans had a lot of member changes with the founder and bassist Ralph Hubert being the only one staying with the wagon throughout the years. Two years after the “Wanderer At The Edge Of Time” the band, with the same line-up, re-recorded songs from the first six Mekong Delta albums.
This album is a great chance for someone to get to know the band. The songs are being performed really well and with the help of modern mixing methods they also sound fresh. For the old fans of the band the hard thing is to get used to the bands new vocalist. Martin LeMars voice is not bad. On the contrary I would say that his voice at some points reminds me the voice of one Bruce Dickinson. That is good for those that listen for the first time but those who remember Wolfgang Borgmann might find the new vocals weird.
In general, the “new” Mekong Delta do a pretty good job in recreating and recapturing their older classics in terms of musical arraignments and atmosphere. This shows that this line up has the potential to create something good and unique in their next album. This is a great chance to (re)discover this band that tries to evolve and stand in this music industry.