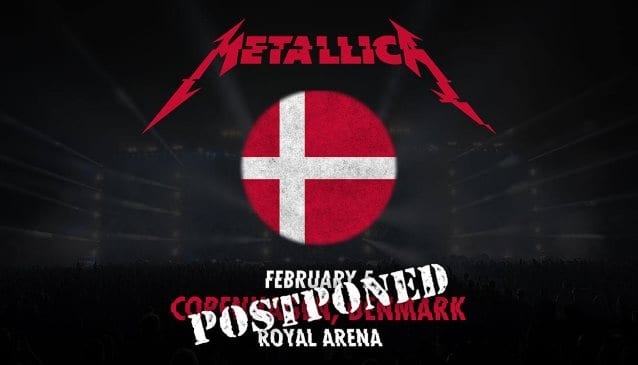 METALLICA has been forced to reschedule its February 5 concert in Copenhagen, Denmark.
The show has been postponed until September 2 after the band’s frontman, James Hetfield, was given “strict doctor’s orders to not sing one single note.”
Tickets for the original date will be honored for the rescheduled performance.
METALLICA was forced to play an abbreviated set Friday night (February 3) at the first of four scheduled shows at the Royal Arena after Hetfield complained times during the show about being ill, even asking the audience at one point whether they thought METALLICA should continue with the performance.