A cover band case may sound very simple. On the contrary it is a very tough and responsible job. By definition, it’s a tribute to a big band which has managed, through its music, to attract massive crowds and to influence a lot of younger musicians. So the least it deserves is respect. When I first learnt about the venture of a Greek tribute band to Queensrӱche , I was  confused. When they announced that they were going to present live- acoustically and optically-“Operation Mindcrime” I asked myself if they knew what they were getting into.

Broken Heroes opened the evening at Kyttaro , another tribute band to Saxon this time. I must say that they did really well during their fifty-minute performance where they played some of the most significant songs of the British legends quite decently. That was a good warm up for the small number of people who was at the club at that time, a number which was growing bigger and bigger. 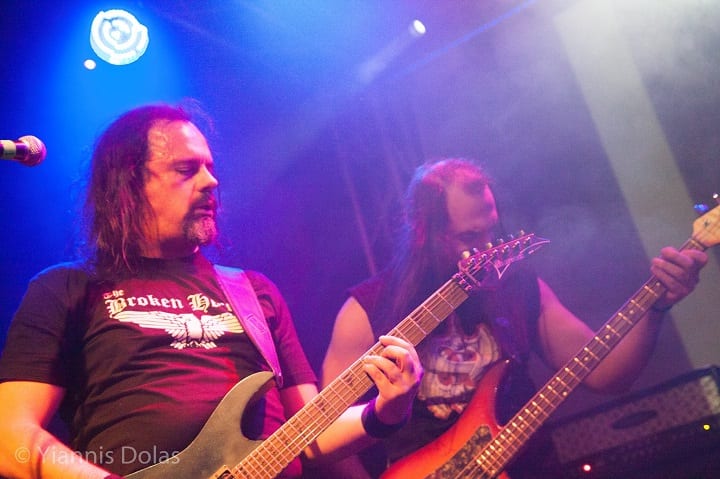 When the people heard from the speakers and saw on the video wall at the back of the stage “I remember now” they looked as if they were craving for that show. The guys of the band rendered this incomparable concept based on a similar performance of ‘Operation Livecrime” by Queensrӱche.  They must have been practicing a lot as they seemed perfectly prepared musically and on stage. You could easily understand that this great album had become a possession of theirs. The audience was watching either stunned or effusive a proof of how good the whole concept was. I won’t deal with the minor flaws since something so difficult was rendered so well. When Mindcrime at Kyttaro ended the band went on playing songs always by Queensrӱche, from their first L.P. to Empire. They had little difficulty in “Anybody Listening” (with the participation of Dee Theodorou of Broken Heroes and Illusory) and “Take Hold of the Flame” but with so many feelings and so much energy they finished after another forty minutes with the audience singing along with Nikos Roussakis the “Queen Of The Reich”. 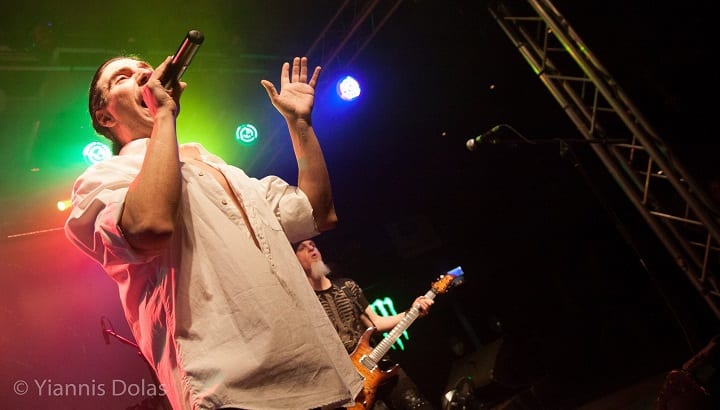 It was a very beautiful evening with a kind of music that the audience needed to hear and that they should go back to June 2004 to remember it when Queensrӱche themselves performed it live at Terra Vibe. A big applause to the guys of Mindrime Empire for this work and for the respect they showed to Queensrӱche. 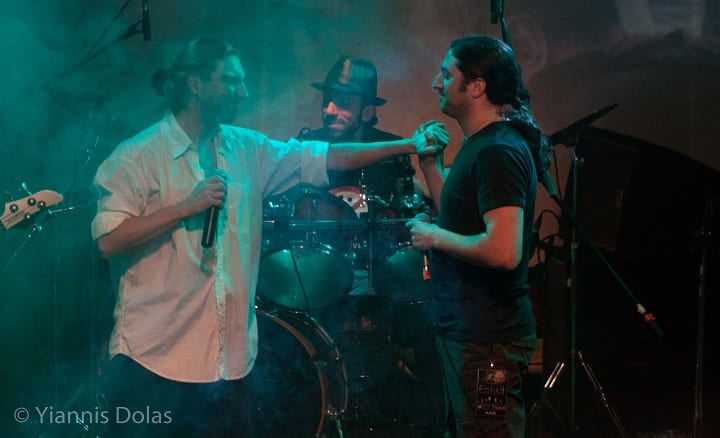 Setlist: I Remember Now, Anarchy X, Revolution Calling, Operation: Mindcrime, Speak, Spreading the Disease, The Mission,  Suite Sister Mary, The Needle Lies, Electric Requiem, Breaking The Silence, I Don’t Believe In Love, Waiting For 22, My Empty Room, Eyes Of A Stranger, Empire, Jet City Woman , Another Rainy Night (Without You) , Anybody Listening?, Take Hold Of  The Flame, Walk In The Shadows, Queen Of The Reich. 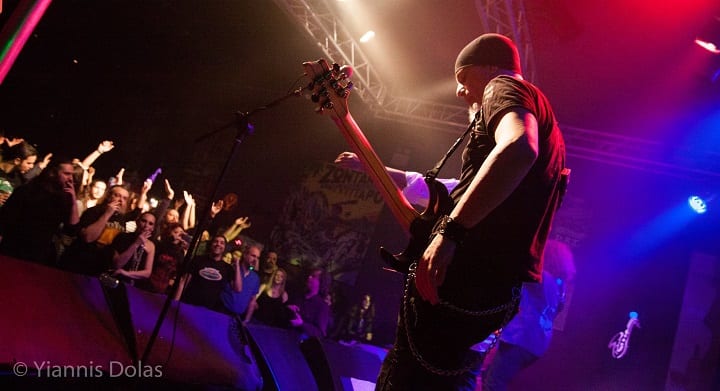