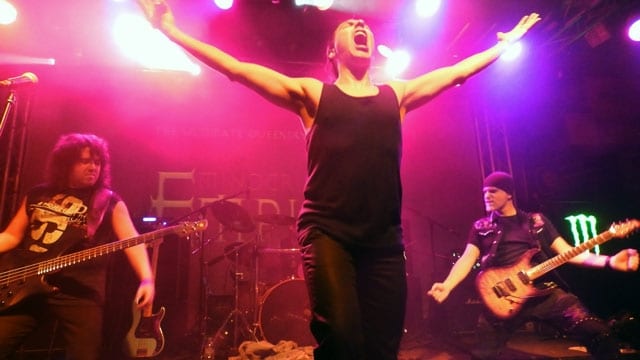 For the second time in 2015, Mindcrime Empire, one of the few tribute bands to Queensrÿche, performed “Operation: Mindcrime” at “Kyttaro”.

This time the support band was Maidenance, a very well known –at least in Greece- Iron Maiden tribute band. Yes, I know, many of you would have liked it the other way. However, I will ask you to recall Bruce Dickinson’s words when he was asked if he considers “Seventh Son Of A Seventh Son” to be the best concept metal album…

I think Maidenance, with their new singer Mike Livas and with their new… material “Still Life”, were great. In a ninety-minute set they performed songs by Iron Maiden very close to the originals approaching them without experimenting and doing other silly things that we hear and see from time to time. The audience had a very good time  hearing “ The Clairvoyant”, “Still Life”, “Flash Of The Blade”, “Wasted Years”, “22 Accacia Avenue”, “Children Of The Damned” and of course… “Alexander The Great” which Iron Maiden haven’t honored us with playing so many times.

Setlist: Different World, Wasted Years, 22 Acacia Avenue, Still Life, The Evil That Men Do,  Afraid To Shoot Strangers, No Prayer For The Dying, Stranger In A Strange Land, Flash Of The Blade, Children Of The Damned, Flight Of Icarus, Alexander The Great, Only The Good Die Young, Prowler, Wrathchild, The Trooper, Hallowed Be Thy Name 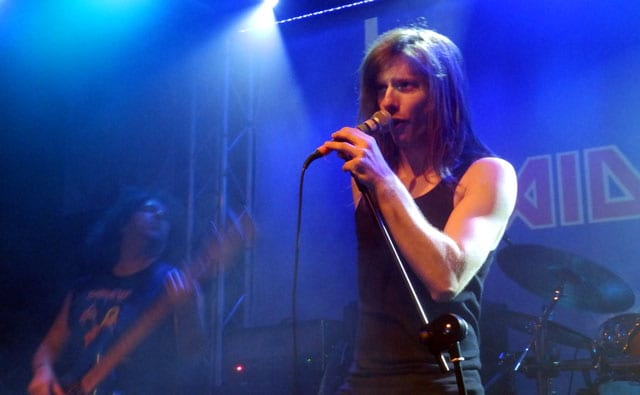 The performance of Mindcrime Empire was clearly based on “Operation Livecrime” as far as the first part was concerned, that is the version of “Operation: Mindcrime”.  They played the songs faithfully to the originals in a venture which, beyond the dangers involved is a bet with very few profit chances. However, I can say that the guys reached a very decent result with their abilities as musicians and by paying respect to both the album and to Queensrÿche. On the video wall at the back of the stage the famous visuals of “Operation Mindcrime” were reproduced, giving a more realistic feeling to the listening of this memorable record. Nikos Roussakis, the singer of the band had taken on two roles, that of Geoff Tate and of Nikkie. I don’t know if anyone else would have done better… I doubt it. After the performance of “Operation: Mindcrime” has ended the band went on with songs from Queensrÿche’s career up until the “Empire” era. 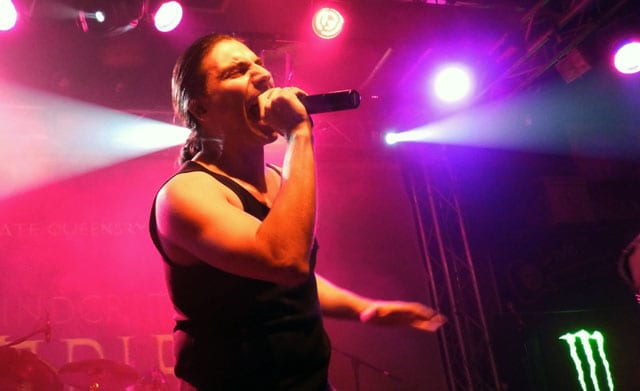 Congratulations to both bands from someone who when it comes to ventures as such is not kidding at all! 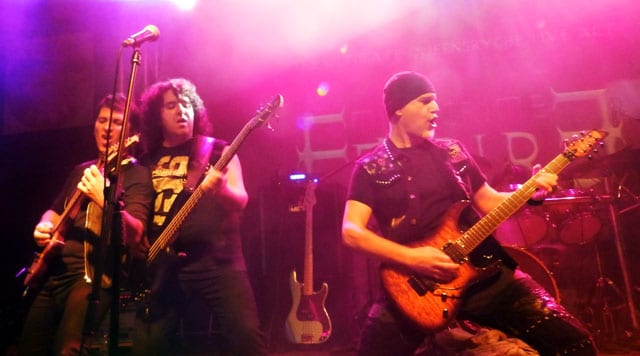