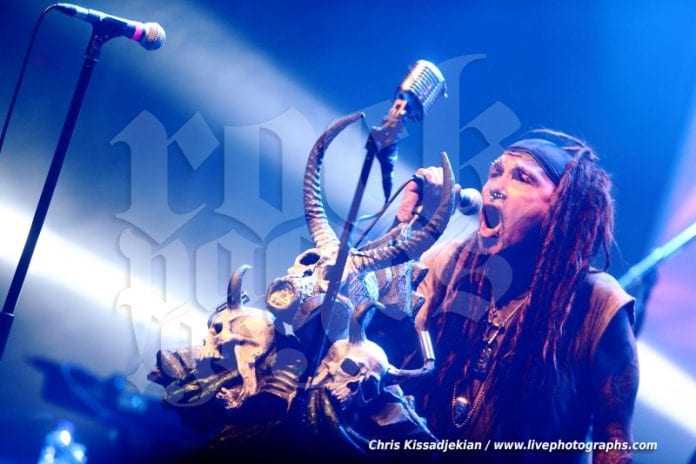 This event was pure wish fulfillment, and in almost ideal conditions, a headline show indoors. Ministry’s golden years may be behind them, but Al Jourgensen always brings a killer band with him, and of course an impressive back catalogue. 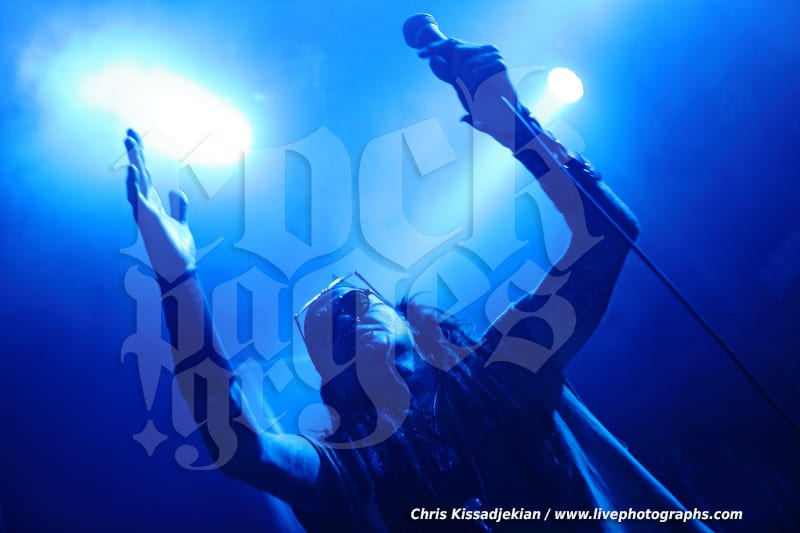 It needs to be said though, that the underwhelming attendance and participation from the crowd showed that maybe the excitement for Ministry’s first show in Greece wasn’t shared by that many people.
At 22.00 Ministry came on stage with ‘Psalm 69’, all eyes on mister Jourgensen, captivating to say the least. The beginning lacked intensity, the preparations for pits and violence proved to be unnecessary, and it took ‘Señor Peligro’ and its demonic riff, that, along with ‘LiesLiesLies’ and ‘Let’s Go’, created a deadly 00s trio, for our blood to start boiling. 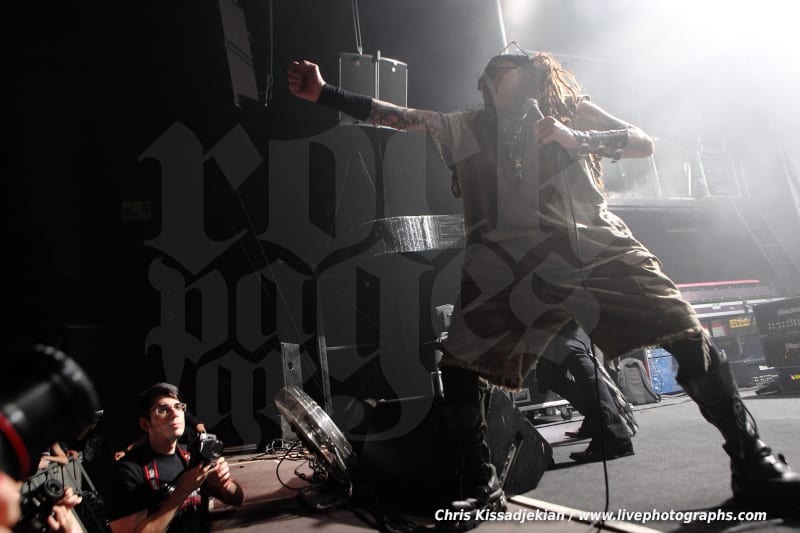 We finally experienced a true Ministry atmosphere towards the end, with the two classics off ‘Κεφαλή ΞΘ’, ‘N.W.O.’ and ‘Just One Fix’, along with ‘Thieves’, which concluded the regular set. The encore started off with ‘Filth Pig’, for the first time live since 2003, and then came ‘So What’, a true highlight that showcases Ministry’s variety. ‘Khyber Pass’ served more as an outro, perfectly chosen in terms of the show’s pacing, although if I’m not mistaken it wasn’t played in its entirety. 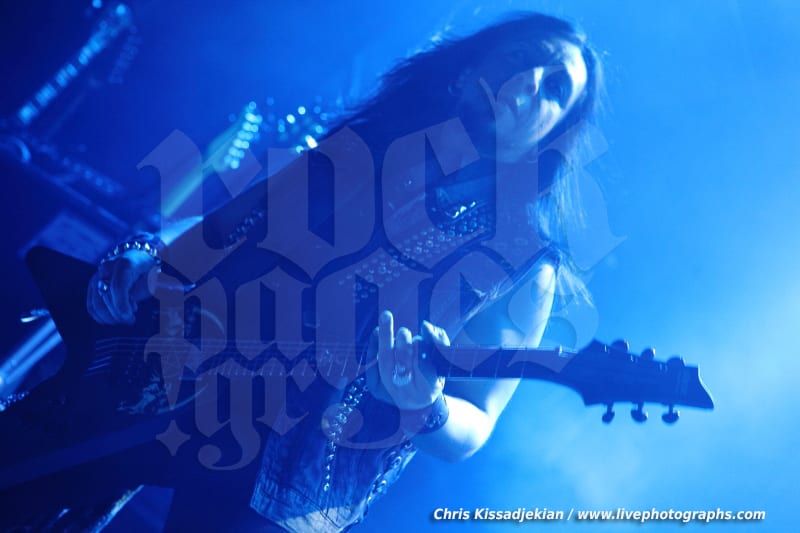 Setlist-wise, the songs from the disappointment that was ‘From Beer to Eternity’ could have been replaced. Other than that, no major complaints.

During the show, mister Trump, Ms. Clinton, Bush junior and other beloved faces decorated the video wall; maybe their biggest usefulness is the productive disgust that they keep feeding to industrial metal’s undisputed king. 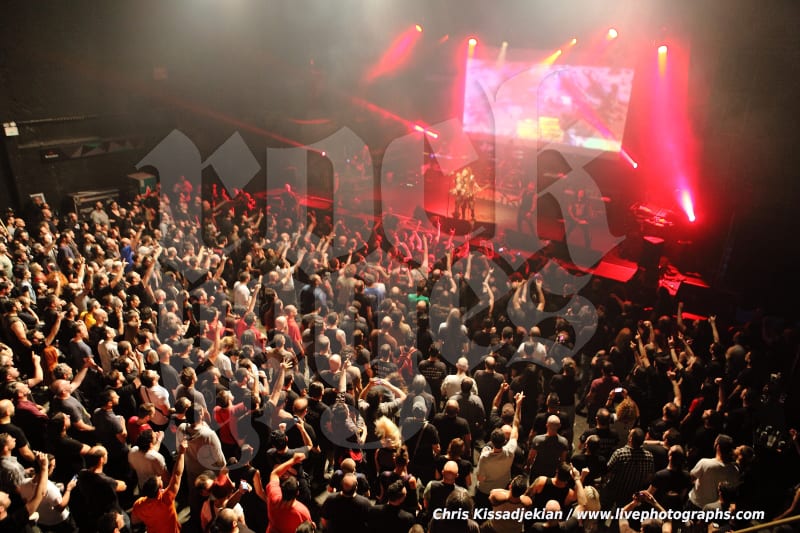