While waiting for the first ever Ministry appearance in Greece, we talked with guitarist Sin Quirin about the upcoming show, and some of the best songs he’s written with Al Jourgensen since he joined the band.  Interview: Romanos Terzis

Rockpages.gr: The last show you did before this tour was Knotfest in Mexico back in October 2016. The festival seems great, how was that experience? 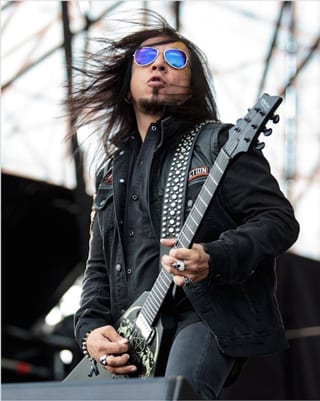 Sin Quirin: It was amazing. Really cool lineup and we’re all friends with the guys from Slipknot. The response from the crowd was great as well.

Rockpages.gr: What is the preparation like for this next Ministry tour? I Imagine these are some of the most demanding, challenging shows a musician could ever play.

Sin Quirin: Yes. We started rehearsals on Monday, May 15th, and we’ll be rehearsing every day until the 26th. On the 27th show we have our first show in southern California at the Blackest of the Black festival with Danzig, and then two days after that, we fly to Greece. Rehearsals are going to get more and more intense, as we keep adding more songs. So, it will start to get more demanding, especially since we’ve been off for so long. We’re feeling it in our right arms. I’m starting to look like Popeye in one arm because most of the stuff is so fast. It takes about a week or two to get into the swing of things.

Rockpages.gr: You got into the band about a decade ago, worked on ‘The Last Sucker’, and then after that tour, Al Jourgensen decided to retire. What is your take on his decision back then, and then the reasons behind the subsequent reunion?

Sin Quirin: It was a health issue for him. He wasn’t feeling well, and he had already expressed to all of us, before the ‘C U LatouR’ in 2008, that this was the end. During that tour, he had bleeding ulcers, and it was a physical strain on him. After that tour, he ended up in the hospital. He needed to rest. He took some time off, and once he got better he realized he wanted to keep doing this for a little while longer. That is the reason. 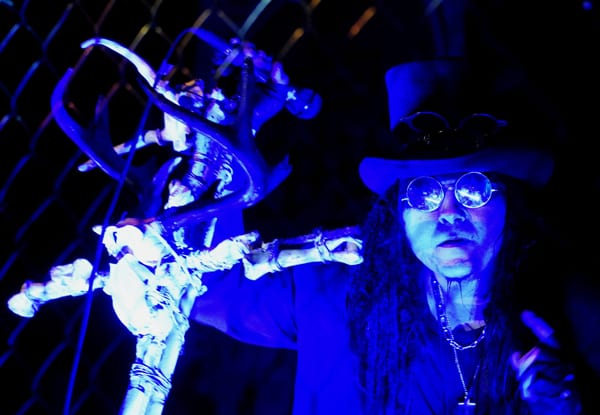 Rockpages.gr: ‘The Last Sucker’ is probably the most metal album in the band’s discography, with many thrash riffs. How was the songwriting process like for that record? Did you sit down with Al and write songs together, did you bring riffs for him to choose from?

Sin Quirin: Yes, I brought him riffs. In 2006, in the Revolting Cocks / Ministry tour, I was playing guitar for the Revolting Cocks. During that tour, Al and I talked a lot about music, and when it was over he asked me if I wanted to work on the next Ministry album. I flew over to El Paso, Texas, where he lived at the time. I had a couple of riffs, the first was the song ‘Death and Destruction’. From there, every couple of days we would record another track; ‘Life is Good’, ‘The Dick Song’. Then, when I wrote ‘Let’s Go’, Al was with me in the studio. He heard me playing that riff and he liked it. That’s how it usually works, one of us will write the music and then Al does his thing, working on the vocals and the samples. He’s the mastermind behind it.

Rockpages.gr: ‘Let’s Go’ is definitely one of my favorite Ministry songs. 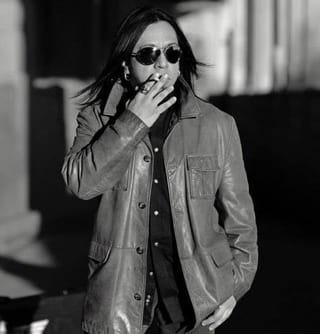 Sin Quirin: Thank you, I appreciate that.

Rockpages.gr: I bet the drummer wasn’t happy once he realized the tempo he must play at.

Sin Quirin: Actually, it’s not that hard, because the beat is steady. When I wrote ‘Double Tap’, now that is brutal.

Rockpages.gr: I was getting to that. Will you consider ‘Let’s Go’ as the opening song for the tour?

Sin Quirin: It will be a surprise. But we did open with ‘Let’s Go’ at Knotfest.

Rockpages.gr: Moving on to ‘Relapse’, as soon as I saw your name on the ‘Double Tap’ credits I wanted to discuss it with you. A beast of a song.

Sin Quirin: To be honest with you, I had originally written the idea for ‘The Last Sucker’. I really fought to get it on that record, but Al decided not to, so we shelved it. I was actually on the road with American Head Charge when I got the call that it was going to be on ‘Relapse’.

‘Double Tap’ started off with an intro. There’s a different version of the song, that I still have. It has this middle eastern guitar sample in the beginning, and Al wanted me to construct the song around that sample. So, I did this long intro, during which there’s a war veteran talking along with battle sounds, but we ended up cutting it. Al said to me ‘make the song as brutal as you can’, and I did. My right arm still regrets it, but I love it. I wish we would play it live, it has one of my favorite solos that I’ve ever done. I’m very proud of that song. 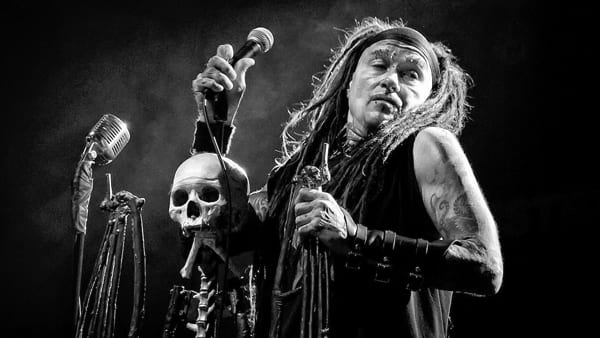 Rockpages.gr: I always thought ‘Double Tap’ has a middle-eastern vibe, even in the chorus.

Sin Quirin: It does have this type of tone, definitely.

Rockpages.gr: Then came ‘From Beer to Eternity’. ‘PermaWar’ is the first single off that record, and you share the writing credits with Mike Scaccia on that song. Tell us how that came about.

Sin Quirin: When we went into the writing of ‘From Beer to Eternity’, I was the first guy to get to the studio, and I’d already brought ‘Punch in the Face’ and ‘Hail to His Majesty’ in rough forms. Mikey showed up two weeks after, and he wanted us to jam and write stuff together. That’s how we came up with ‘PermaWar’, jamming in the live room. I had the main riff, the pre-chorus, and chorus, and then Mikey added the bridge.

Rockpages.gr: Unfortunately, we lost Mike shortly thereafter. Recently there was another great loss in rock, the passing of Chris Cornell. Would you like to comment on that?

Sin Quirin: I’m very shocked and sad. Soundgarden is a major influence, Chris an amazing talent. It always hits home when a fellow musician passes. There’s a sense of brotherhood, and even if you’re not close with somebody, we feel bonded by what we do. My condolences to his family.

Rockpages.gr: What does the future hold for Ministry?

Sin Quirin: Well, I can tell you what we’re planning. After this European tour, we are hoping to go to Singapore and Australia and then do a US tour sometime in the fall. We are working on a new album right now, and are hoping to have it out in the fall, and then do another world tour next year.

Rockpages.gr: One would think that especially after the last US elections, there is no shortage of things for mister Jourgensen to write about.

Sin Quirin: Oh yes. For sure.

Rockpages.gr: Were you and Al the primary songwriters for the new album?

Sin Quirin: Al has been more involved in the studio this time around, meaning more hands-on with the writing. Caesar [Soto], the other guitar player, and Jason [Christopher], our bass player, have also contributed.

Rockpages.gr: Finally, a message to the Greek fans waiting for their first ever live Ministry experience.

Sin Quirin: We’re very excited to be in Greece for the first time. None of us have been or played there, we’re hoping to have a little time for sightseeing. Looking forward to it! 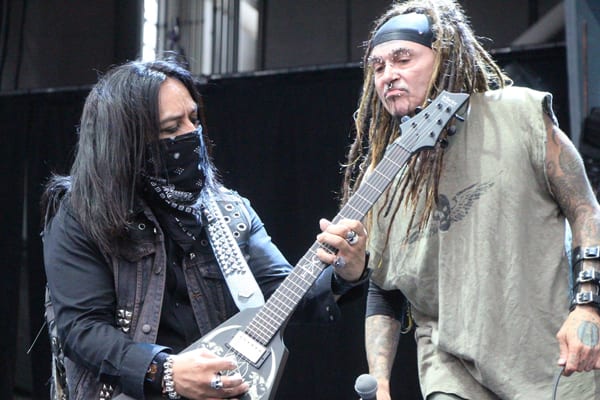