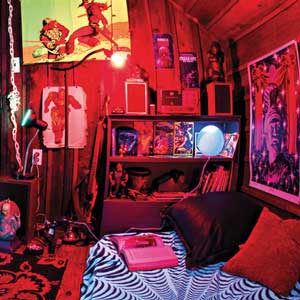 After the release of an ‘alternative version’ of ‘Last Patrol’ last year, Monster Magnet took one step back in their discography, to 2010’s ‘Mastermind’, applying once more the psychedelic, space rock approach that clearly the band has gone back to recently. I can’t think of anything similar to what Dave Wyndorf does, this editing of existing compositions, to the point where the changes are clear, but the original song is still recognizable. They are not remixes, not rerecordings… they’re re-imaginations.

‘Are they worth it?’ you may ask. Well, obviously it’s not the same as a new studio album full of new material, but in today’s music business, where record companies release pointless ‘best of’ albums, and deluxe or touring editions of brand new records, Monster Magnet’s proposal has a lot more to offer. I personally guarantee you that no matter how ‘cutting edge’ your musical taste is, no matter how many obscure prog albums you buy or weird Norwegian bands you get into, you will not find better soundtracks to cool unreleased movies than mister Wyndorf’s little diamonds.