Moonspell is one of the bands who share a special bond with Greece. They have played many concerts here, they have a lot of friends from Greek metal bands and every show of them is an important reason to leave your home and get to the live stage.

First band on stage was Eleine from Sweden, who were named after their singer. Have you ever seen a band that you don’t know and their show made so good impression on you that you can’t forget it? Well, that was NOT one of these cases. Typical modern/atmospheric metal in the style of Lacuna Coil/Within Temptation that didn’t had much to offer. The band members were dressed with the same outfit (OK, that’s cool) and tried to wake up the audience but when you use a selfie stick at the end of the show and you say to us (with brutal vocals) that you will wait by the entrance to take some more selfies with us, you kinda lost it. Also Eleine may be a beautiful woman, she is also a professional model, but when in their photos and live shows wears only a few pieces of clothing I can’t take her very seriously. We came to listen to your music, not to see your boobs dancing. 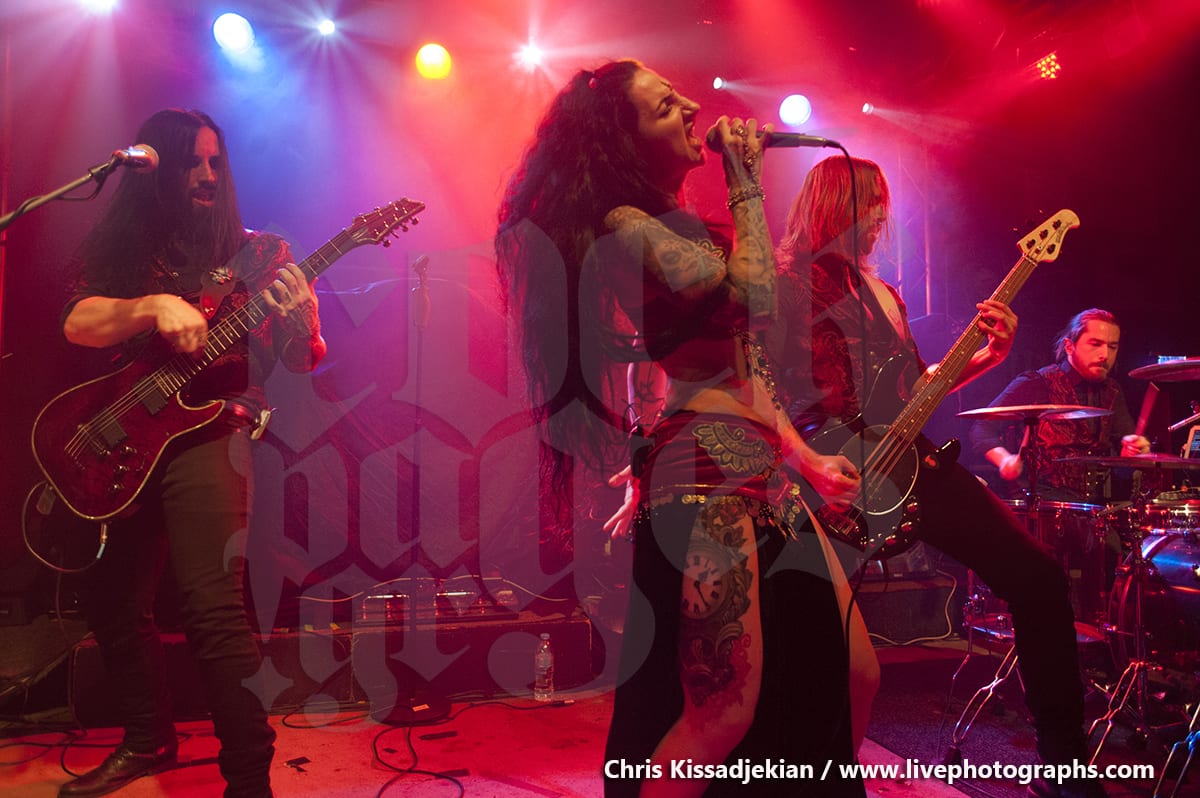 Next in line, our neighbors from Italy, The Foreshadowing. They were founded in 2005 and they have released four full-length albums so far, the latest being this year’s “Seven Heads Ten Horns”. Things got more serious with these guys. Very good atmospheric doom metal that reminded us of bands like My Dying Bride, Swallow The Sun and Draconian but without brutal vocals. Melancholic atmosphere, depressing melodies and Marco Benevento’s special voice were the elements of their music. With a very good sound, they played for about 50 minutes and earned a huge applause. The fans of this sound should definitely check them out. 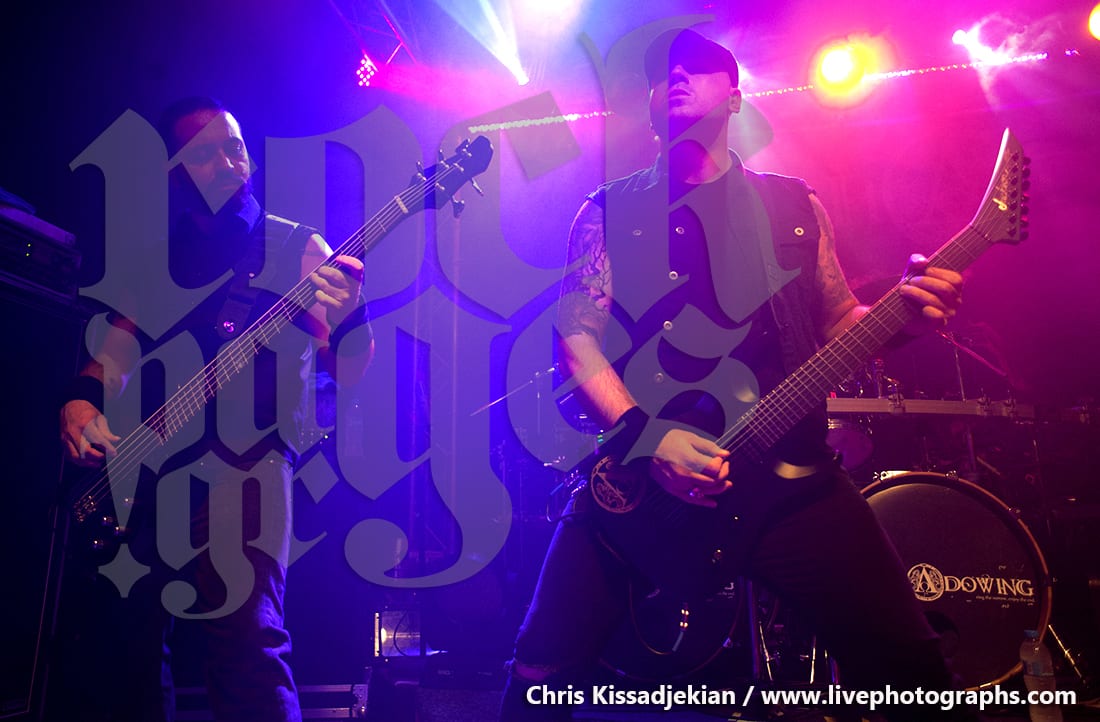 The time has passed, Kyttaro live was full and finally the Portuguese Gods took the stage. They started with songs from their latest album, “Extinct”, as it was expected and played six out of its ten tracks. The sound was fantastic. Fernando Ribeiro is a terrific frontman, who was giving a great performance. He didn’t stop to thank us for the support and mention the special bond between Moonspell, and Portuguese people in general, with Greece. That’s because we have many things in common, like good food, beautiful women and…a European championship in football. 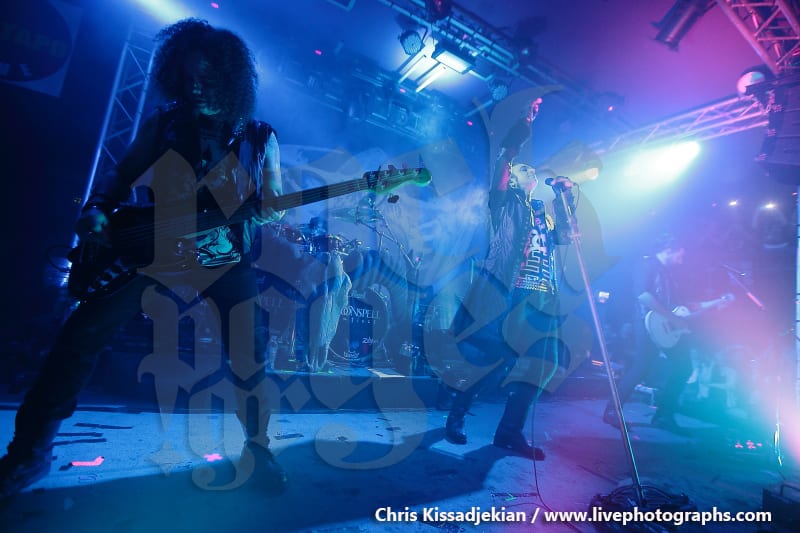 They also invited Maxi Nil (Jaded Star, ex-Visions Of Atlantis) on stage, one of the most beautiful voices in Greece, to sing “Luna” together. Many songs were played from the early era of the band, because it has been twenty years since the release of “Irreligious”. Witnessing this show, listening to hymns like “Opium”, “Alma Mater”, “Full Moon Madness”, “Everything Invaded”, and “Night Eternal” makes you realize that this band is one of the greatest in the gothic metal sound. Even if the play every year, we will be there. Long Live Lusitanian Metal. 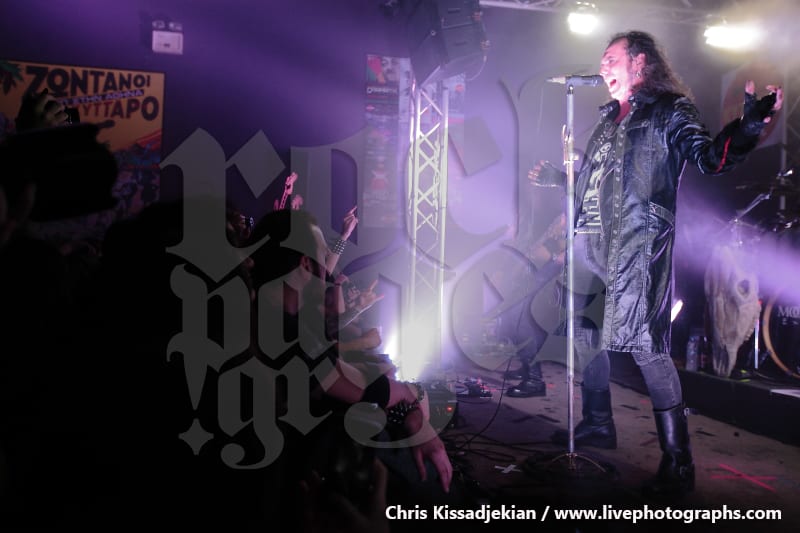