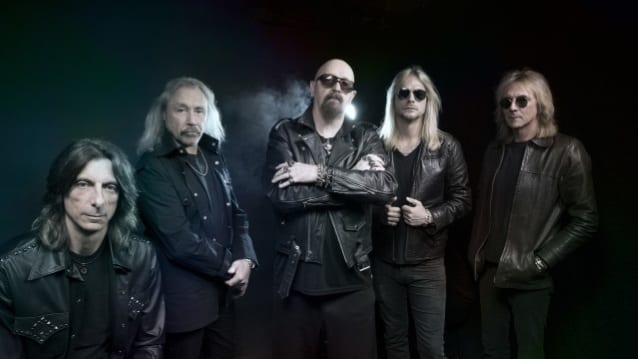 JUDAS PRIEST members Rob Halford (vocals), Richie Faulkner (guitar) and Glenn Tipton (guitar) were recently interviewed by BUILD Series.
On not being voted into the Rock And Roll Hall Of Fame:
Rob: “I think we all believe that eventually, we’ll get in there. We would like to get in there while we’re still able to perform, because that’s part of the ceremony for the induction. The fact that we were even nominated was a thrill, because no matter what your perspective is on the Hall Of Fame, it always creates a little bit of a ripple, a bit of controversy for whatever reason, but the Hall Of Fame is not just rock n’ roll — it’s all kinds of genres, as it should be. We just want to see some more metal in there. There definitely needs to be some more heavy metal in the halls, so hopefully one day, PRIEST will get that opportunity.”