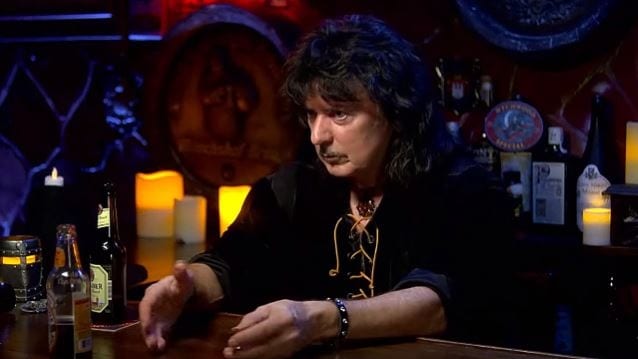 On resurrecting RAINBOW in 2016 for several festival appearances:

“BLACKMORE’S NIGHT will go on, and this is just a brief intermission of playing some good old rock, but with some good friends and some good musicians. And hopefully everybody’s there for the same reason, which is it’s good music and it’s nostalgia, and hopefully everything goes well. And if it works, we’ll do, obviously, more dates. We’re only doing three this first time. But, like I said, if it works, we’ll do more later on.”