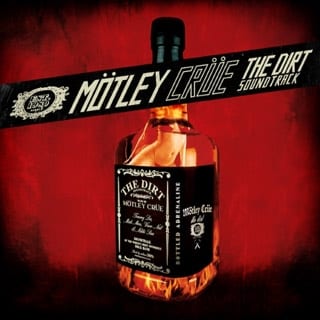 Motley Crue will release the soundtrack of their biopic “The Dirt”, which will be available on Netflix on March 22nd, which includes a cover of Madonna’s “Like A Virgin”. “During the filming of our movie we got excited and inspired to write new music,” said bassist Nikki Sixx. “Getting back in the studio with Bob Rock just fueled the creative fires for us. To me, the music sounds like classic Mötley. The lyrics were written for the movie and are a reflection of our life.” The soundtrack contains classic songs from the band’s back catalogue, as well as four new songs, “The Dirt (Est. 1981)” (feat. Machine Gun Kelly, who plays Tommy Lee in the movie), “Ride With The Devil”, “Crash And Burn” and the aforementioned cover of Madonnas’s “Like A Virgin”.

“The Dirt Soundtrack” track listing:
01. The Dirt (Est. 1981) (feat. Machine Gun Kelly), Red Hot, On With The Show, Live Wire, Merry-Go-Round, Take Me To The Top, Piece Of Your Action, Shout At The Devil, Looks That Kill, Too Young To Fall In Love, Home Sweet Home, Girls, Girls, Girls, Same Ol’ Situation (S.O.S.), Kickstart My Heart, Dr. Feelgood, Ride With The Devil, Crash And Burn, Like A Virgin (MADONNA cover)