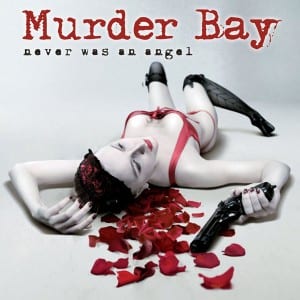 All the regular visitors of Rockpages are surely familiar with Eonian Records but I think that it’s worth pointing down once again –especially for our new readers- that this is a label that specializes in releasing never before heard songs by bands that were active in the late 80s and early 90s. That was the era when melodic hard rock, sleaze rock n’ roll and the overall street attitude was predominant in America thus offering superb albums by top-class acts but also failed to bring onto the surface many others that definitely deserved it. This is where Eonian Records enters the picture to…fix that mistake!
Murder Bay is an outfit that was formed in the late 80s in San Francisco and managed to develop a loyal and large fan base (especially in the East Bay) that followed and supported the quartet when they played all over the area. With a sound that combined the “take no prisoners” vibe of early Skid Row with the polished Van Halen atmosphere, Murder Bay had all the potential for a remarkable career but unfortunately lady luck thought otherwise. Luckily, though, we get to know this excellent group (with the Greek-originated guitarist) even with a 20-year delay…but as the say, better late than never!
Highlight: The cover sleeve with the striking red color is pretty awesome.