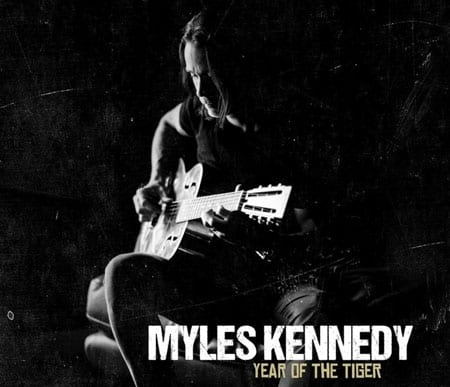 Alter Bridge singer Myles Kennedy announced the release of his first solo album ever, “Year Of The Tiger” which is out on March 9th via Napalm Records. Kennedy played mandolin, banjo and bass on the album which is “a new sonic canvas that some might consider a departure from the high gain wall of sound he has been associated with. Examples of this can be heard throughout the album – from the hypnotic drone of the title track, to the intricate finger style approach of Haunted By Design and Ghost Of Shangri La.”