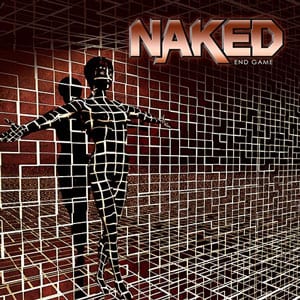 Since Naked come from Sweden, I was confident that “End Game” would be a great album. I gave it ten consecutive spins though just to be sure. And the conclusion is that it’s unlikely to find a mediocre or indifferent melodic band from Sweden. The album is definitely on the AOR/Melodic rock side, and is the band’s second effort after many years of absence. Naked kicked off as a cover band covering mostly Black Sabbath, Dio and Judas Priest. The debut album titled “Get Naked” was a bit more on the metal side and had a good reception but unfortunately the band called it a day before having the chance to establish their name in the rock and metal scene.

Now, with a new line-up featuring guitarist Tony Borg (Alien), they present us an album full of great songs reminding us the golden age of 80s AOR. If I had to pick the best cuts from “End Game” then I’d say that “Aim For The Heart” and “Leaving You Tonight” have a slight advantage. The latter especially is a trip back to our teenage years, back when we where shedding tears for love ballads, listening to them again and again. Maybe the best album for 2015 from Sweden, the cold country with the warm melodic heart. Highly recommended for any melodic rock fans. Spread the word and they might even visit Greece for a gig!