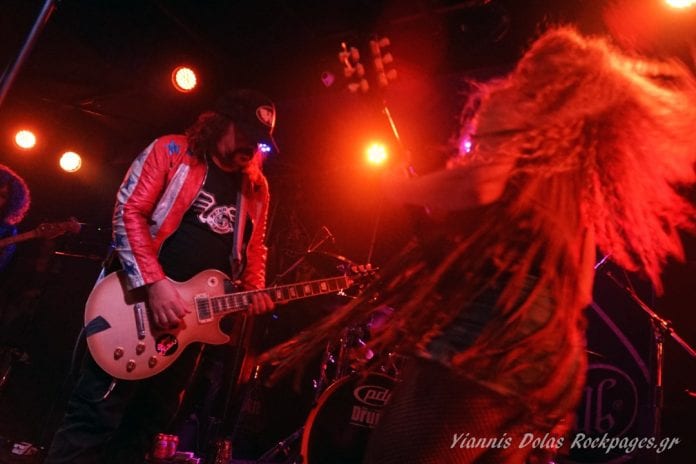 Whatever you are writing about a Nashville Pussy show is never enough to describe fully the atmosphere, the explosion of emotions and enthusiasm that this band evokes and the rock’n’roll apotheosis. I am sure that whoever was present at the band’s first ever show in Gagarin in 2003 when we first saw them will never forget this show, but the same goes for this one in AN Club.

Low Gravity Band, an instrumental band that could easily play in a movie soundtrack, or entertain the passengers on a cruise ship, warmed us up. Their blend of blues and rock reminded me of the Dixie Dregs in a way. The four piece is excellent both as players and performers with Jason Leontidis (guitar),  Costas Stergiou (keyboards), Mampre Kasardjian (bass) and Sot Stone (drums) put on their party on stage with the crowd enjoying it. 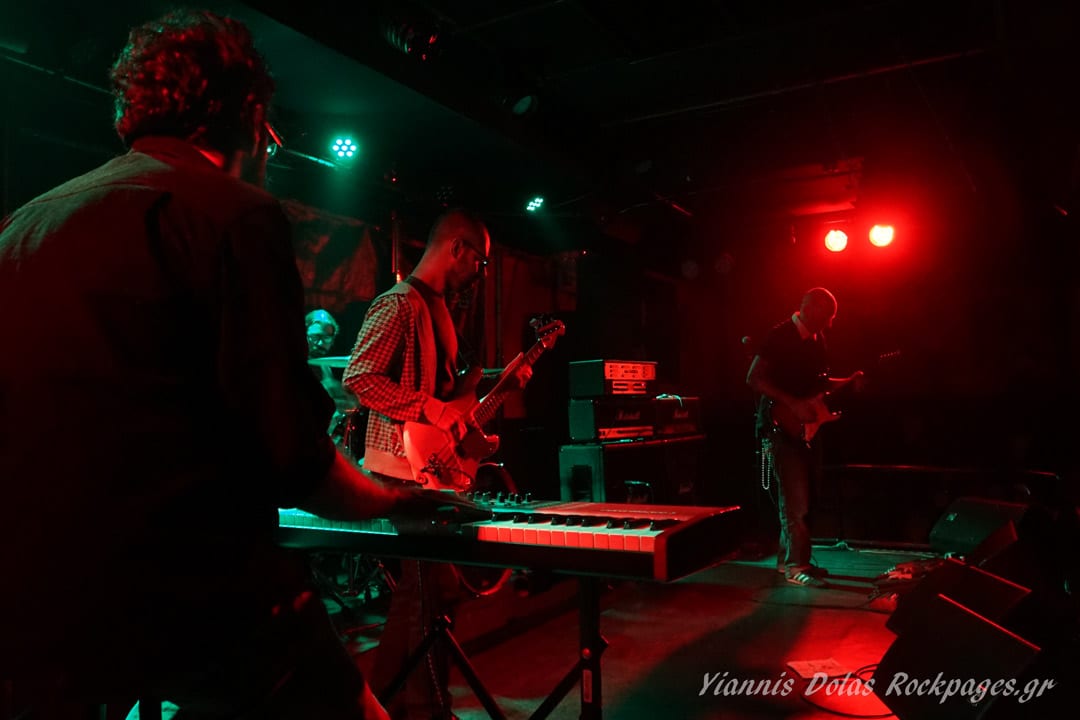 At 11ish Nashville Pussy walked through the crowd from their dressing room to the stage of the club followed by the crowd’s cheers. From the moment they set foot up there they went through a sort test of the sound and then went in full on attack mode with AC/DC’s “Kicked In The Teeth”. You see most bands play a cover towards the end of their set, but then Nashville Pussy isn’t most bands and that’s how they kick off their ferocious show. It doesn’t take long to the audience to take off shirts, mosh, fly fists in the air, dance, or even move to the songs, but what’s for sure is that no one remains unmoved from this tsunami of energy that hits AN club like it’s its job. 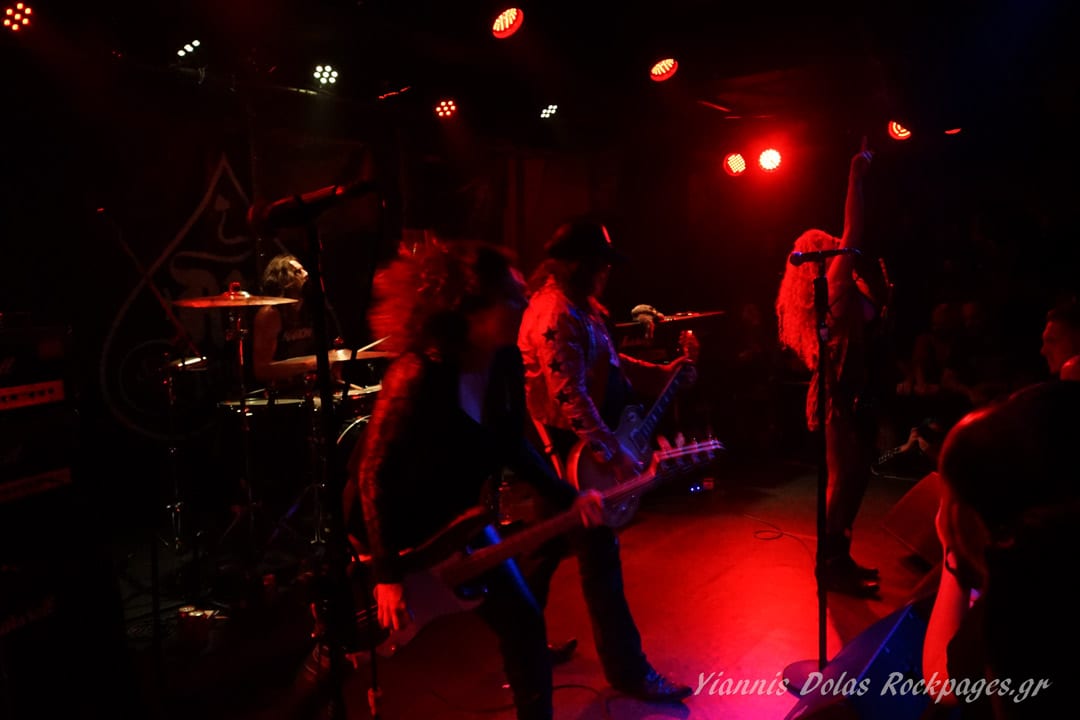 What’s clear is that new drummer Ben Wilson is the engine that gives the band the ideal ground floor to build their sound. Also, Bonnie Buitrago on her first ever show on Greek soil does a great job on bass filling the low frequencies with a decent stage performance next to the usually berzerk Ruyter Suys who does her own thing, more of that later. Maestro Blaine has to tame that beast, spitting up the lyrics while playing guitar and pouring Jack Daniel to his wife mouth. 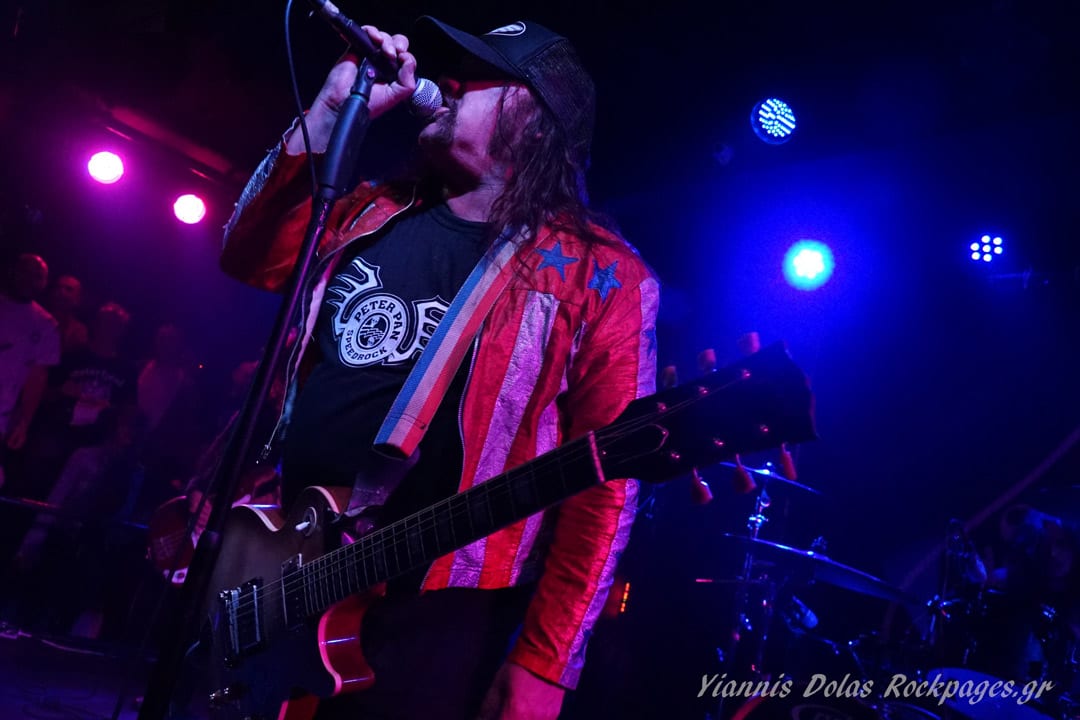 Ruyter is like a hurricane, like a tazmanian devil never standing still. She do grimaches, backing vocals, karate high kicks, plays with the audience and provides ear splitting, face melting guitar work on her SG. She plays standing up, she plays on her knees and at the end she “finishes” lying on the floor with the guitar between her legs making unearthly sounds having ripped the string off with her fingers. 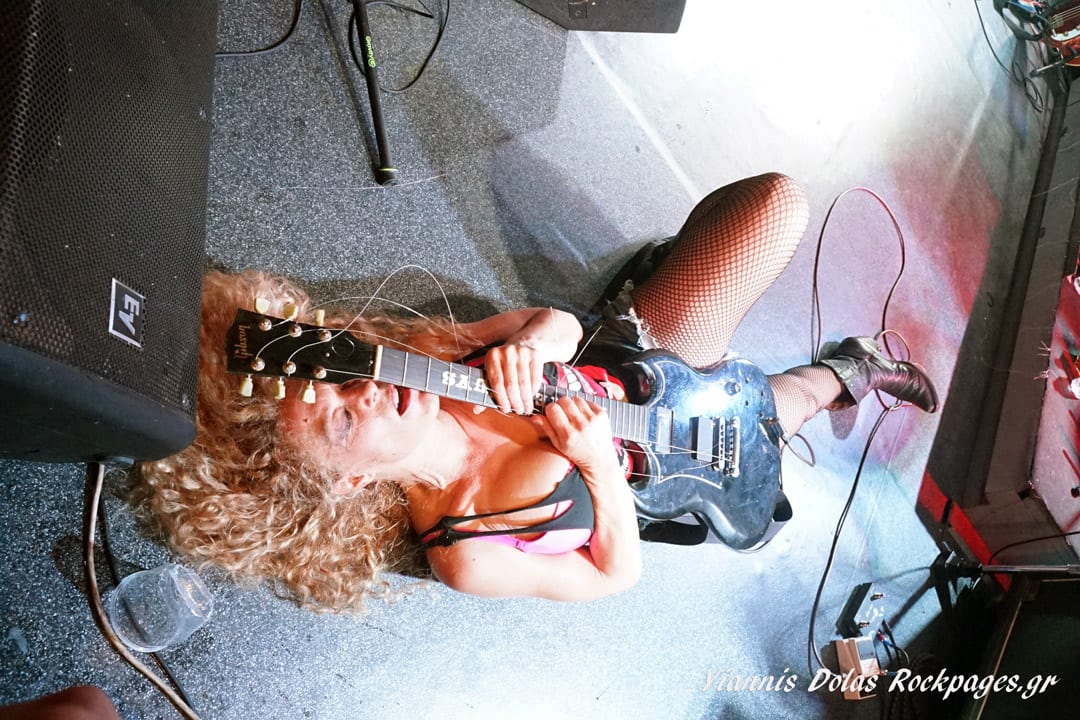 I don’t think you can say a lot more about what went down at AN Club. This is a testimony of true rock’n’roll. Untamed, unfiltered, politically incorrect, loud, fat, sexy… exactly the way we like it! Please come back soon, we already miss you! 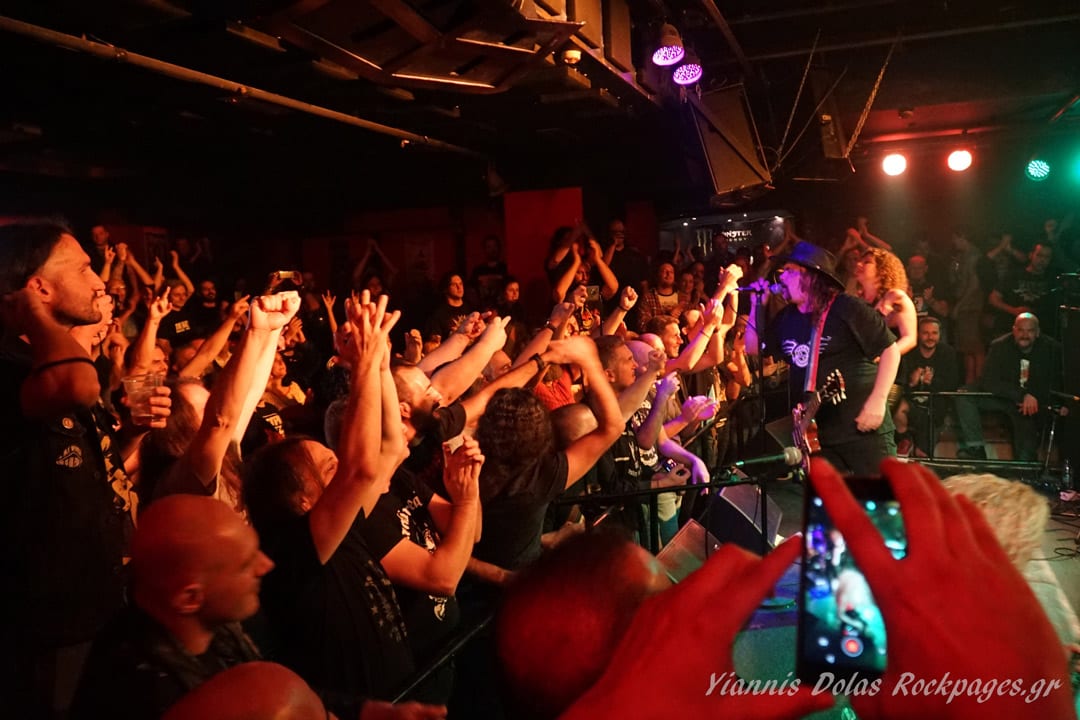