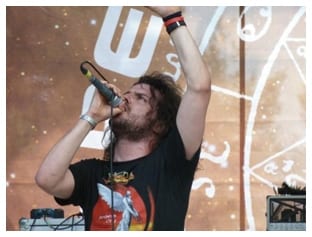 Need are a band that need no introduction. From the release of their debut album in 2006 they turned a lot of heads and with very good reason. The band is ready to release their third album and decided to have a live presentation of the album. Even more the 100+ people that attended the event got the album which is entitled “ORVAM: A Song for Home” with their entrance ticket.

The organization of the night was absolutely flawless. The schedule was followed to the letter, the band played for one and a half hours and the crowd could relax after the show, enjoy a beer and go home early using the public transportation. Something that is very important but unfortunately not so common.

Musically, need where magnificent on stage. Beyond the presentation of their newest album the band also played songs from Siamese God. The sound had some problems during the set. The vocals at several points were a bit low as well as the keyboards. The new members of the band, the drummer Stelios and the bass player Viktor, where a bit edgy with Stelios actually making some mistakes that did not affect the overall appearance of the band that seemed really tight.

Need transported the energy with ease from the stage to the crowd that followed and cheered them at every opportunity. John showed that he could be a great front-man with an outstanding voice. Especially his interpretation of “Mother Madness” was compelling with him actually being very emotional on stage. The keyboard player Antonis helped a lot with his backing and black vocals. The new songs are a bit lengthy and quite different from their earlier songs. Need with this new release in their quiver, reach a higher level and can easily be considered as one of the best bands that have come out of this country.

Overall it was a really nice Sunday night exit.  The band lived up to the expectations, the crowd even though not too much was warm and the organization was flawless.  I really wish we will see more organizations like this, with Greek bands presenting their work on their own terms and not only as a support act for another group.