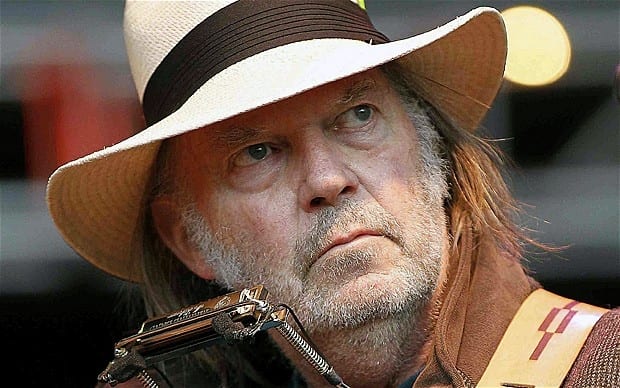 You can tell that the 2016 presidential election season has begun because we’ve received thefirst complaint by a rocker for a candidate using a song without permission. Neil Young’s management has released a statement that both criticized Donald Trump’s use of “Rockin’ in the Free World” and gave his own endorsement for president.
“Donald Trump was not authorized to use ‘Rockin’ in the Free World’ in his presidential candidacy announcement,” it reads. “Neil Young, a Canadian citizen, is a supporter of Bernie Sanders for President of the United States of America.”