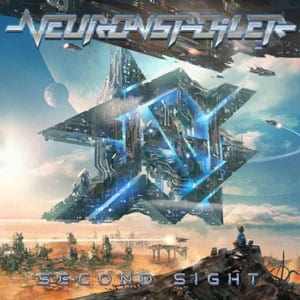 London-based Neuronspoiler is a relatively new band since they were formed in 2009 and truth is that the album “Second Sight” is my first contact with them. This is their second full length album. Before that they released an EP back in 2010. The cover of the album is very futuristic and refers to 80’s metal in the style of Q5’s “Steal The Light”. I am curious to hear their songs… “Reclaim Your Path” starts the album very well. Fast tempo with high and clear vocals and very good melody on the leads. The next seven compositions are also moving at very high levels. Modern metal, fast tracks, very good composing ability by the band members and vocals that remind me of Riot during their “Thundersteel” era. Difficult to separate some of the tracks since the whole album contains excellent songs. Apart from the opening track, more striking tracks are “This Is Revolution”, “Heart Of A Lion” and “The Brave One”. Neuronspoiler are unreservedly suggested and at some point I’m sure we will be hear from them in the near future.