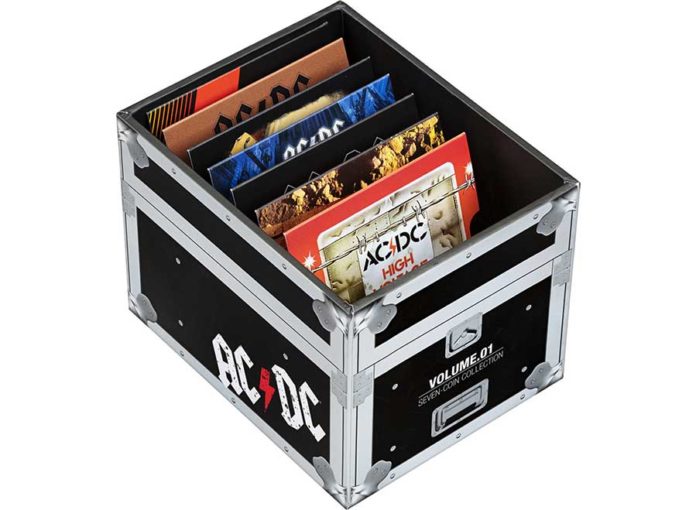 The Australian government has once again released a new collection of AC/DC coins.

The Royal Australian Mint (the Mint) — a government agency which is the sole supplier of Australia’s circulating coinage — announced the release of a collectible coins box set with original AC/DC album covers.

The six LP represented in the series are “High Voltage”, “TNT”, “Dirty Deeds Done Dirt Cheap”, “Back In Black”, “For Those About To Rock” and “Ballbreaker”.

The six album coins are available for $15 AUS while the road case box is going for $110.

Note that this is actually the second time the Royal Australian Mint has produced AC/DC coins. Two years ago, it celebrated AC/DC’s 45th anniversary by releasing a similar series.