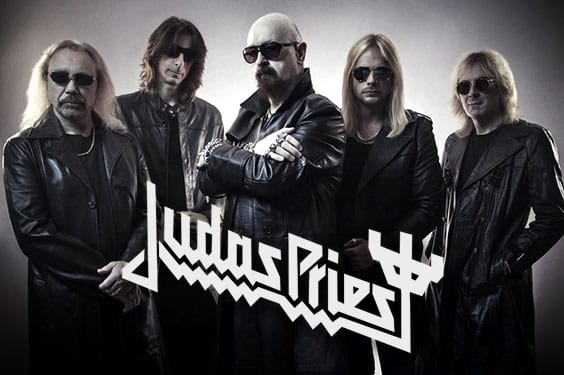 It looks like the members of Judas Priest don’t plan to keep fans waitinglong for the band’s next studio album. Guitarist Richie Faulkner shed a little light on their future plans during a recent interview with Reverb, explaining, “We’re looking at maybe next year going into the studio again and putting down some ideas and seeing what we’ll come up with.”
The obvious question is what the new record will sound like, and how it’ll carry the band’s sound forward from their most recent effort, 2014’s Redeemer of Souls — but it’s too soon for anyone, including Faulkner, to tell yet.
“We don’t know what direction it’s going to take yet. Is it going to be a classic Priest record? Is it going to be a pioneering record, which Priest were famous for back in the day? They pushed the boundaries of heavy metal. That’s why they’re pioneers,” Faulkner pointed out. “We don’t know. We’ve got to follow up the quality and standard of Redeemer of Souls. It will be exciting to get back into the studio next year and see what happens.”