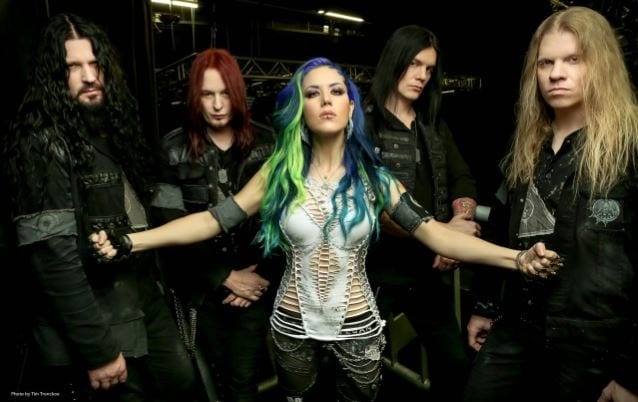 Conny Schiffbauer of Germany’s Rock Hard magazine conducted an interview with ARCH ENEMY singer Alissa White-Gluz and guitarist Michael Amott during this year’s 70000 Tons Of Metal cruise.
On the status of the upcoming ARCH ENEMY album:
Michael: “The new album is written. It’s partially recorded. Right now, Alissa living in Canada and I’m in Sweden, we’ve been e-mailing files and stuff to each other. I’d send her a demo, and then she’d put vocals on that in her home studio, sends it back, and I say, ‘Great.’ You know, it’s just been kind of like that — working a bit separately. And after this cruise, we’re actually gonna get together in Sweden at some point and… you know, there’s a lot of stuff left to do — all the guitars and vocals and bass.”