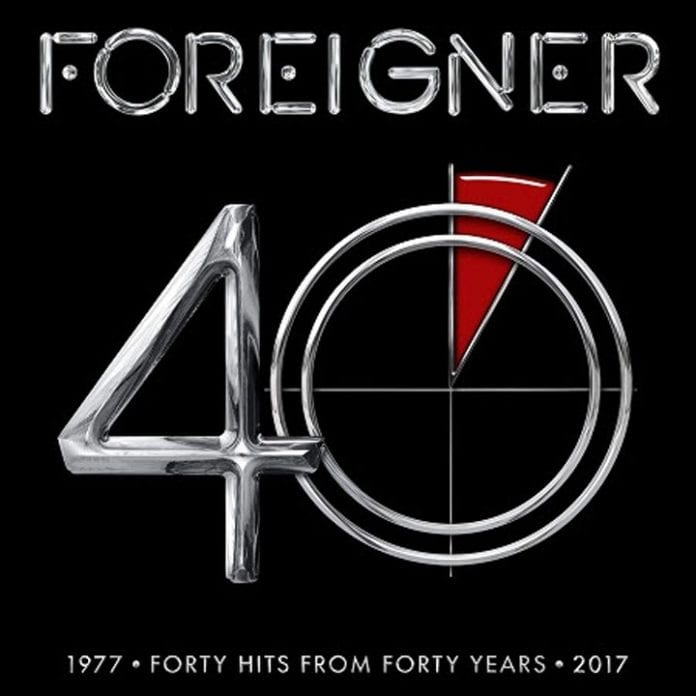 Foreigner will celebrate their 40th anniversary this year with a new career-spanning compilation album. 40, which will be released as a two-CD set on May 19, will include 40 songs from the band’s four-decade career, including two new tracks recorded especially for it.
The new collection starts in an appropriate place, with the radio edit version of Foreigner’s first single, “Feels Like the First Time.” It winds through some of their biggest hits and most popular album tracks — like “Cold as Ice,” “Urgent,” “Waiting for a Girl Like You” and “I Want to Know What Love Is” — before ending up with “I Don’t Want to Live Without You” and “Give My Life for Love,” the new recordings.