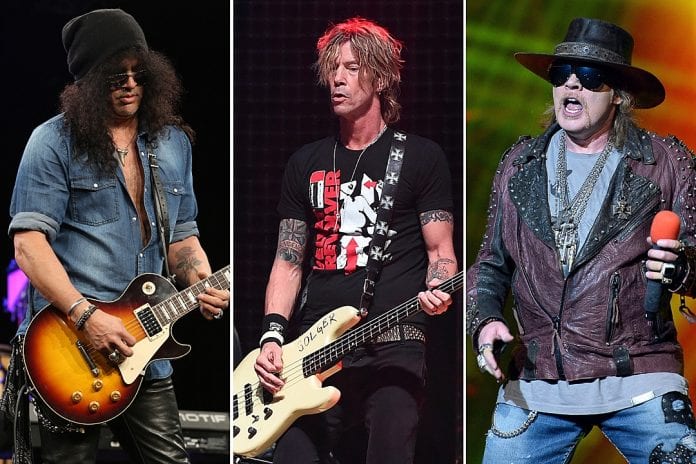 GUNS N’ ROSES guitarist Slash has not ruled out the possibility of recording new music with the current incarnation of the band, which features three-fifths of the classic lineup. During a surprise appearance on yesterday’s (Friday, August 3) edition of “Trunk Nation LA Invasion: Live From The Rainbow Bar & Grill” on SiriusXM, Slash was asked if the group has considered going into the studio. He responded: “It’s been talked about. I think everybody wants to do it, and we’ll just see what happens. We’ve been busy doing this running around the planet,” referring to GUNS N’ ROSES’ ongoing “Not In This Lifetime” tour, which kicked off more than two years ago.