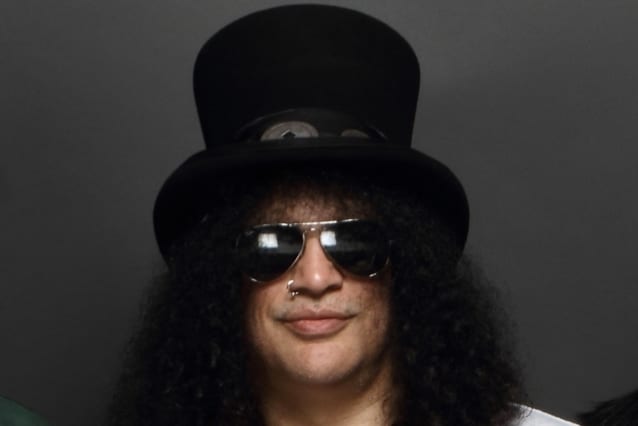 Slash recently spoke to Japanese music critic and radio personality Masa Ito of TVK’s “Rock City” about the possibility of a new studio LP from GUNS N’ ROSES in the not-too-distant future.
“Axl [Rose, vocals], Duff [McKagan, bass], myself and Richard [Fortus, guitar] have all talked about… there’s material and stuff going on already for a new record,” he confirmed . “It’s just, with GUNS N’ ROSES, you don’t go, ‘Oh, there is a plan, and it’s gonna be like this,’ because that’s not how it works. So, basically, the only real answer to give is we’re hoping to put a new record out, and we’ll just see what happens when it happens.”