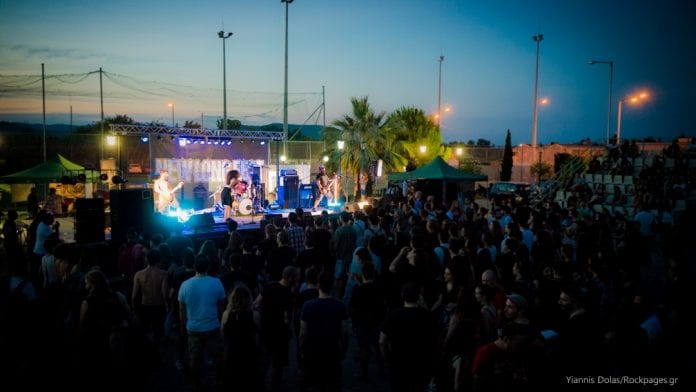 New Long Fest is here again. The longest running underground festival that pays tribute to the hard and heavy scene of Greece is back for another year and we couldn’t miss a trip to the countryside. Unfortunately, only for the first of two days but that’s better than nothing. Beers, souvlakia, plenty of merch, nice atmosphere amongst the fans and lots of music are once again the elements of this festival. 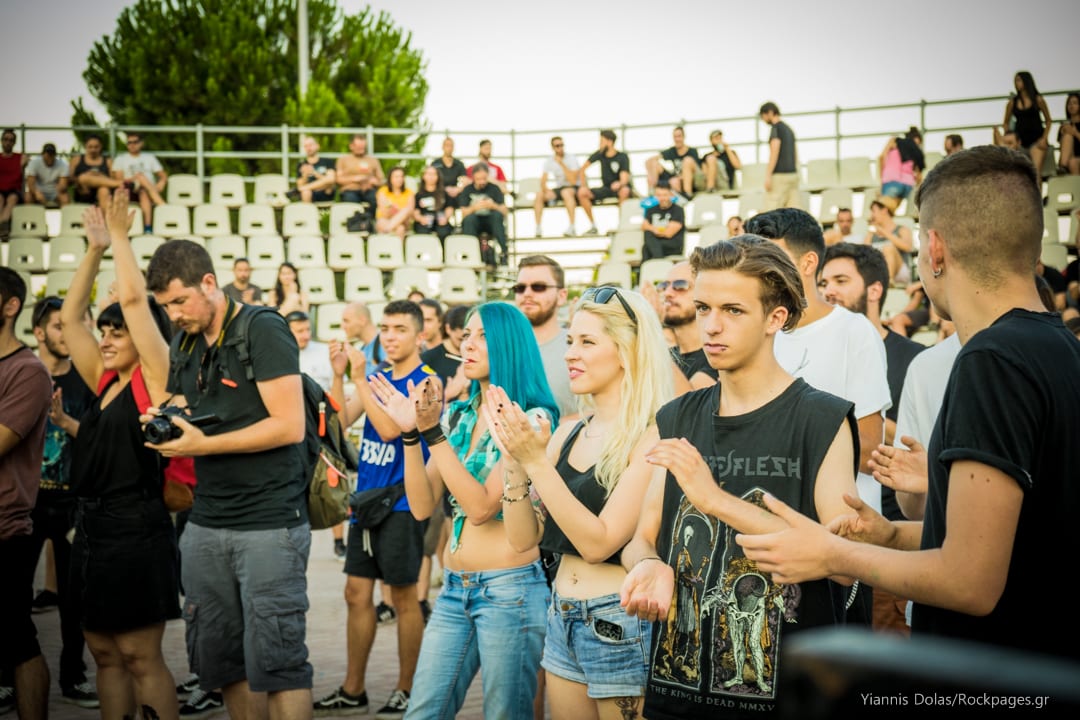 The first band came on stage at the scheduled time. The noise rockers Krause tried to play their noisy music under the hot sun, with a few brave fans being in front of the stage to support them while others preferred to stay protected in places where the rays of the sun couldn’t reach them. 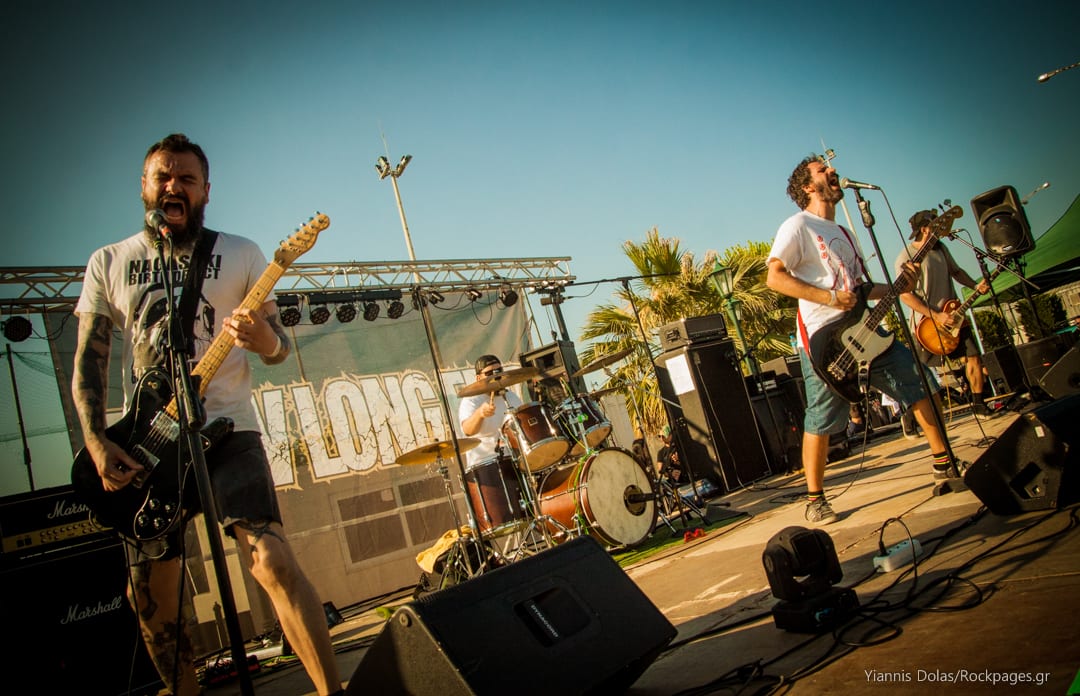 Things were a bit better with Dendrites from Volos, who also had the bright sun as an enemy, but with more people supporting them who seemed to enjoy their heavy/southern rock. 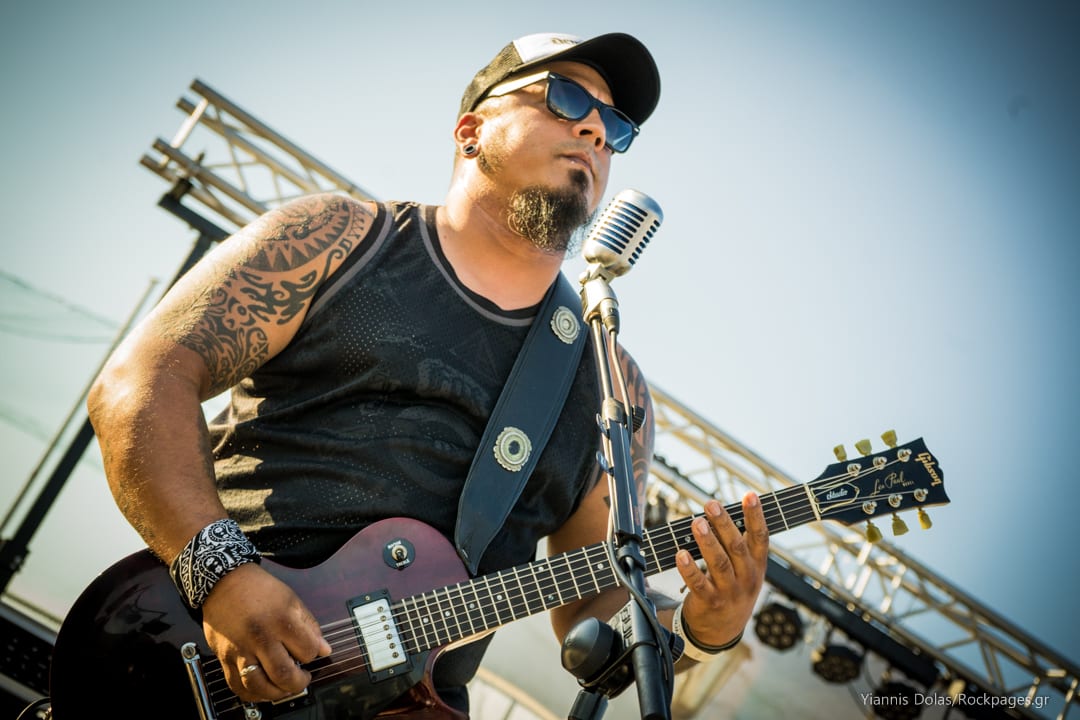 Not long before Void Droid hit the stage, the sun finally left the festival area so the guys from Patras had an easier job to do. Heavy rock with nice melodies and alternative influences filled the space. The band gave a good performance and earned the first big applause from the audience. 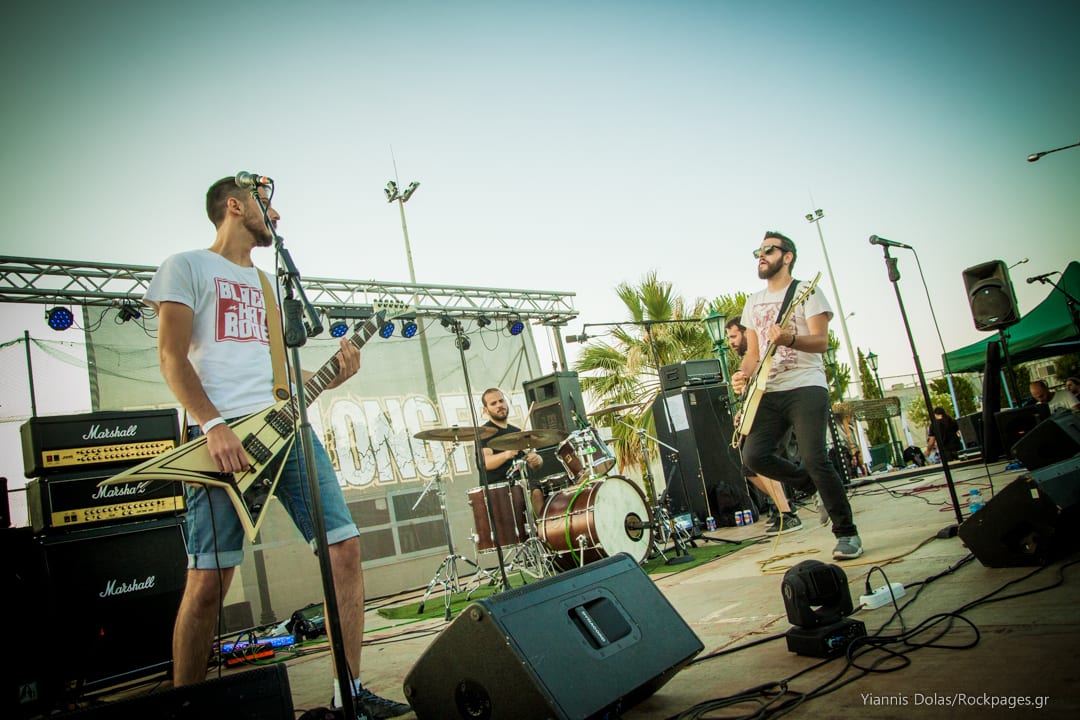 Puta Volcano were next in line with a sound similar to Void Droid. Very good show with nice songs accompanied with the only female voice of the first day. It’s one of these times that you listen live to a band that you don’t know or haven’t heard before and they win your respect by what they are presenting to you. Sakis Nikas, my co-editor, immediately searched the merch stand for their latest album “Harmony Of Spheres” when they ended their show. Check them out, they worth it. 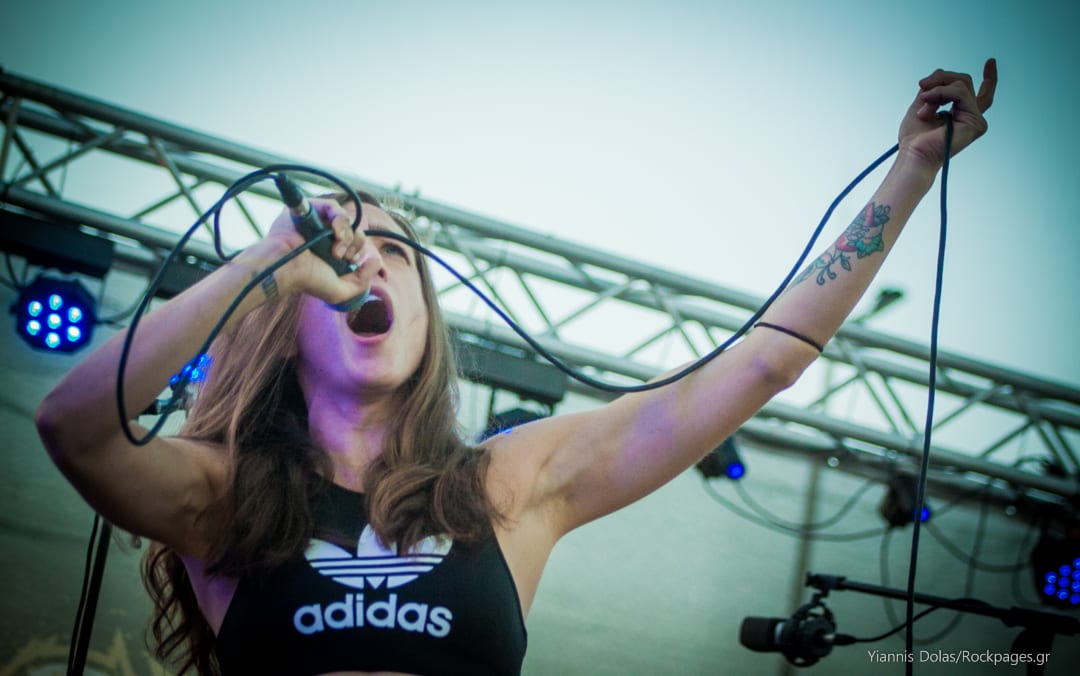 The night has fallen and Mahakala came on stage to play the devil’s music. With a new line-up and a new direction to their music, they played mostly songs from “The Second Fall” that was released earlier this year. A nice performance, they also had the best sound of the evening. 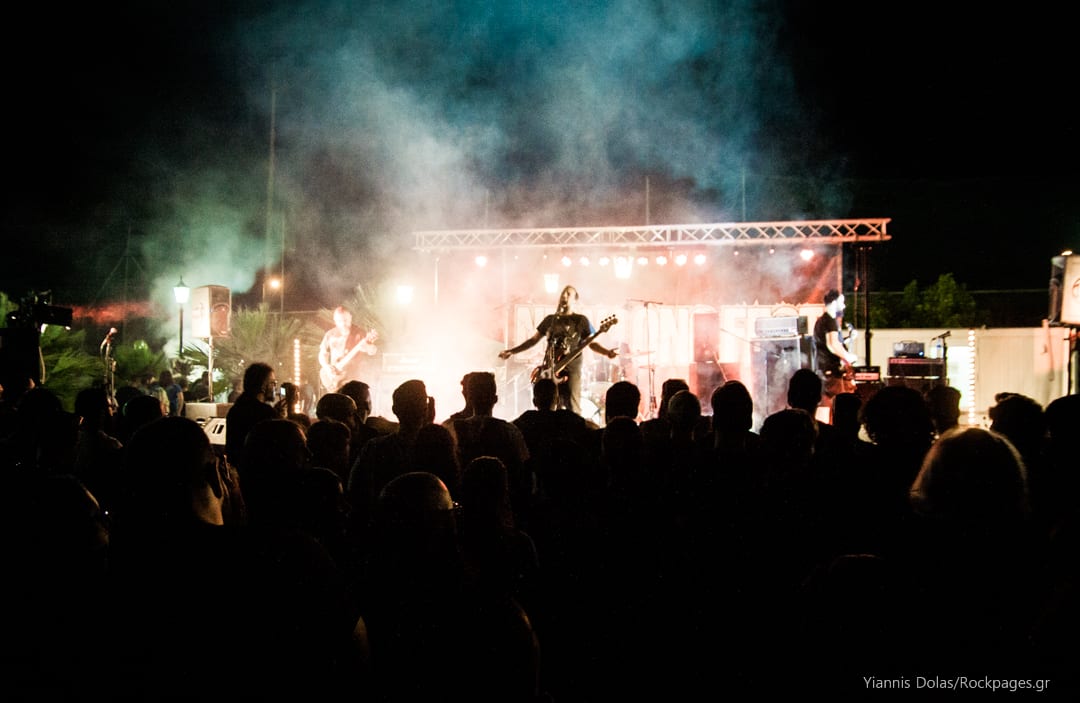 Somewhere before the end, the thrashers Chronoshpere took the stage and kicked ass. Just like that. With their trademark red trousers, they were the most metal act of the billing and played songs from their three albums. Not static at all, but restless (and wild) they had excellent chemistry between them and gave the best performance of the first day. Their singer was preparing us for their songs by telling us their lyrical theme. At some point he said “the next one talks about a bitch” and just before the end he urged us to enter the pit by saying “this is your final chance to move your big fat ass”. They closed their show by covering “Ace Of Spades”. Great job guys. 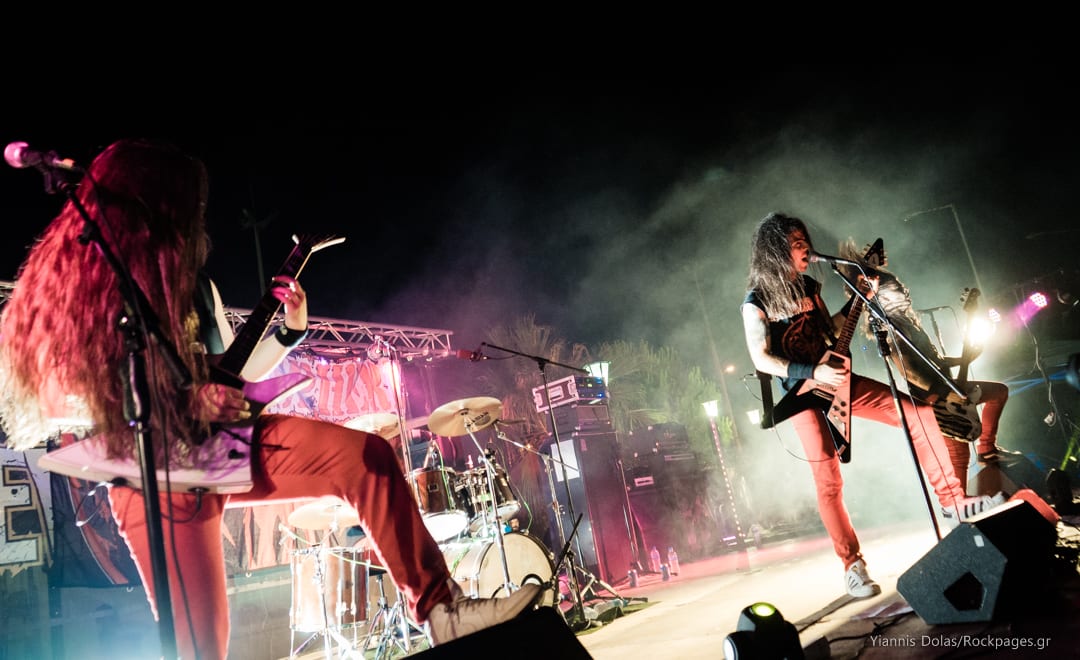 The last act of the night was Hail Spirit Noir from Thessaloniki. Their weird music is best described as psychedelic/progressive/black metal and I know that it isn’t the easiest thing to listen but it didn’t stop them to give a very good performance. They are for sure one of the most talented and special bands in the Greek scene and they know how to earn your interest and respect when they are on stage. They have released three albums so far, so you can listen for yourselves. 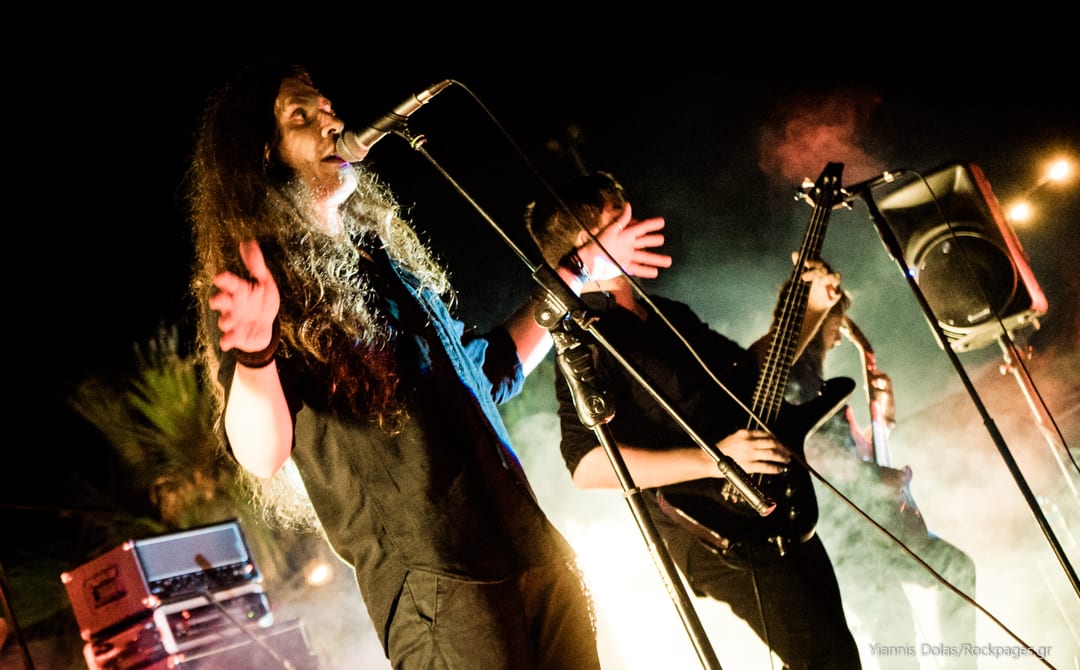 The first day came to its end. There were a few problems, like a 20-minute delay and some sound issues in most of the bands (only those who brought their own sound engineer had the best result) but these are just for us who try to find a reason to nag. In New Long Fest, with one way or another, you will have fun and you will listen to nice music. That’s a fact. See you again next year. 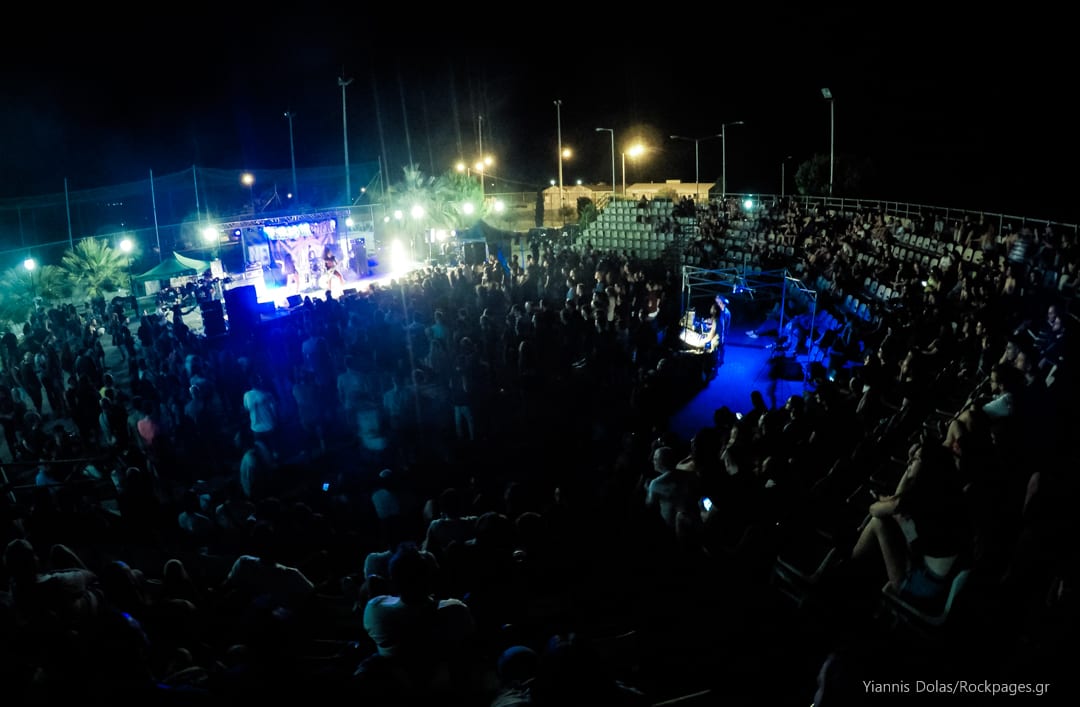