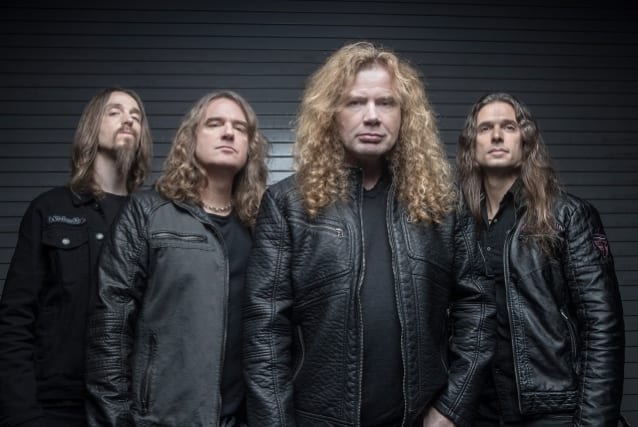 Clint Switzer of the “Music Mania” podcast recently conducted an interview with MEGADETH drummer Dirk Verbeuren.
On MEGADETH’s future plans:
Dirk: “The immediate thing is obviously working on the new record. We’ve already said that and we’re obviously actively working on that right now. There’s a lot of ideas going back and forth. I’m actually going to be working with Dave when we come back from Indonesia. I’m going to work with him on some ideas and flesh out some ideas. As soon as we feel that, ‘Hey, there’s some good material, let’s record.’ Then we’ll hit the studio. I’m not sure exactly when that’s going to be, but I’m sure it’s going to be sooner rather than later. It’s reasonable to expect that there’s going to be a new record next year if everything goes according to plan and if we’re happy with what’s there. Obviously, that’s going to be followed with a lot of shows and touring because hey, that’s how it goes. I’m sure there’s going to be a lot of cool things happening apart from the cruise.”