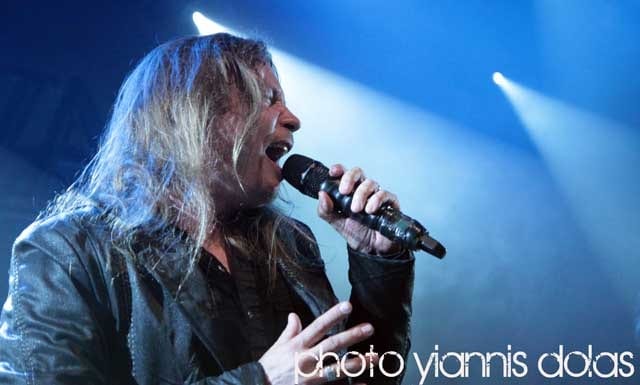 In a recent interview with KaaosTV Timo KOtipelto revealed that Stratovarius will release their new studio album in 2019, something special will come first though. “The record label was asking that maybe because we’ve been a bit lazy or a bit busy, it depends on how you see it, we haven’t been able to do the full album. We have this tour coming up in October with Tarja. They were asking, ‘Could you please do something?’ Then, I think Jens (Johansson) promised them, ‘Okay, we can do this special album.’ It is special. There are three completely new songs. Then there’s four songs as an acoustic orchestra version, but the guys are playing acoustic instruments and so on. Then, I’m not sure if the label will want to put on some live material. We have plenty of stuff, but, at least the three songs that I heard that are already mixed, they sound very nice. So, that’s the plan. Ιt’s going to be called ‘Intermission Part II’. Maybe there’s a sub-title; I don’t know yet..” As for the band’s full new album he said: “The plan is actually to start composing. We have already some songs, which are not on this album, but some ideas. So, I think the plan, at least, for Matias and I, we’re going to start composing probably within two weeks or one week. Maybe he’s already composing in his hotel room, I don’t know. But, the plan is that we are composing because it takes some time. Hopefully, I’m hoping that by the end of the year, we’ll have the songs ready. But, then can we start recording this year or early next year? That’s still open. But, the new album has to be out next year. We are planning that it might take three months or four months. It depends on the whole process. That might be from January to end of February. Then, maybe if we’re lucky, we can put out one new song before the summer and do summer festivals and hopefully the album will be out next autumn, in one year, not this autumn. That’s the plan. It takes more. It’s much more difficult the more albums you’ve done. It’s more complicated and it takes more time.”