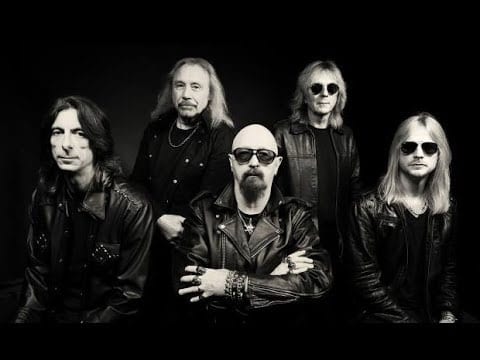 Andy Sneap who is working on the new Judas Priest album along with Tom Allom as usual revealed to Hardwired magazine that there are some classic moments. “When I first got involved with them, I think we had about twenty-six ideas that we were working on, which we’ve whittled down to fourteen or fifteen; we haven’t decided on a which songs or a running order for the album yet.  “I think it’s got a really good energy and some real classic moments on there. Rob’ssinging great, Richie’s [Faulkner] on fire on it. We really, really pushed the band to play together in the studio, and we actually took tempos from them playing together rather than the demos. Glenn originally wanted to work on it like they have done on the last few albums and use the demos as templates and work off that, and I made them actually play as a band. I think we’ve got quite a fresh feel on it and quite an old-school approach at times. We pushed Rob on varying the patterns up a little bit on the verses” says Sneap.