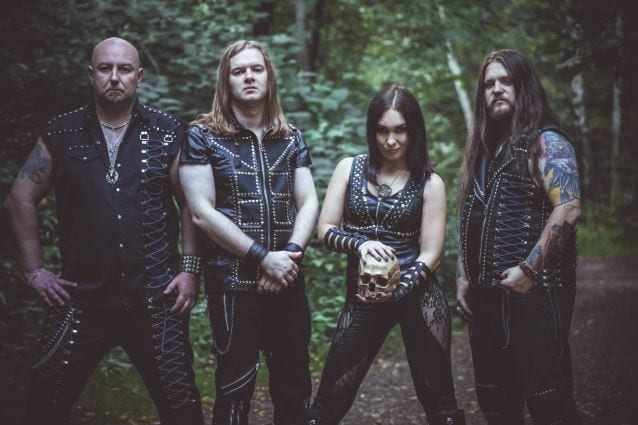 On December 9, Polish heavy metallers CRYSTAL VIPER will release a video for the first single from their new album, titled “Queen Of The Witches”. “The Witch Is Back” clip was produced by the Grupa 13 production house, which previously worked with KREATOR, BEHEMOTH and AMON AMARTH. “The Witch Is Back” single will be available as an online stream on Spotify, Apple Music and other streaming services, while the digital download will be available on iTunes and Amazon. Fans that preorder the digital version of “Queen Of The Witches” will be able to immediately download “The Witch Is Back” for free.