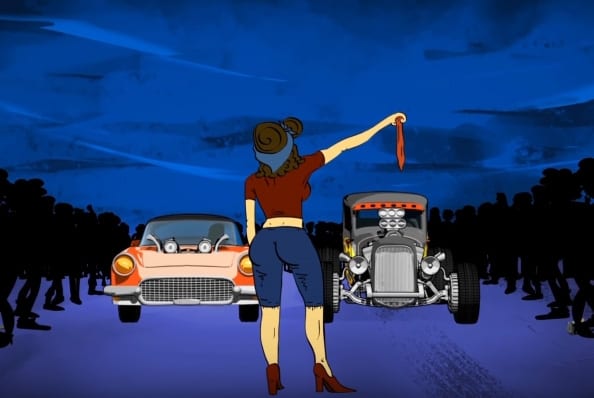 The Danes released a new video from their album“Seal The Deal & Let’s Boogie”, and this time it’s for “Black Rose”. It’s an animated video while the song features Canadian Danko Jones sharing lead vocals. As guitarist Rob Caggiano commented he is a good friend of the band and digs what Volbeat do. “We took him on tour on the last album cycle and it was great. He’s such a cool dude, and he’s a huge music nerd like we are. He’s awesome. So we were working on this song ‘Black Rose’, and Michael (Poulsen, Volbeat lead singer) was singing the verse part, and he was, like, ‘Maybe Danko Jones could sing on this one. It sounds like something that he would do.’ And it totally does! We could almost hear it before it even happened. When we approached him about doing it, he was totally psyched, and he completely nailed it.”