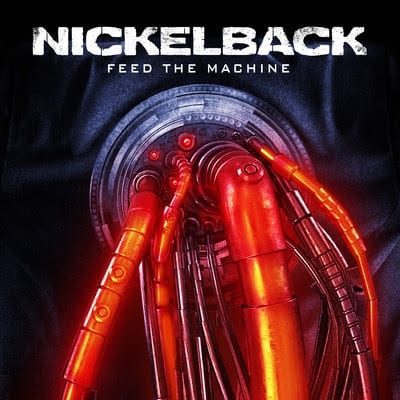 Multi-platinum, chart-topping rock band NICKELBACK is set to hit the road this summer on the colossal headlining “Feed The Machine” tour, announced today. Produced exclusively by Live Nation, the “Feed The Machine” tour will begin on June 23 in Noblesville, Indiana, with 44 dates across North America including stops in Detroit, Los Angeles, Chicago, Toronto, Vancouver, and more. DAUGHTRY will join NICKELBACK as their special guest for all of the U.S. dates, as well as Toronto and Montreal, while SHAMAN’S HARVEST will be seen on all dates. Rock And Roll Hall Of Fame icons CHEAP TRICK will be special guests for the western Canadian leg of the tour.
NICKELBACK is currently in the studio putting the finishing touches on their ninth album, “Feed The Machine” (BMG)¸ set for release on Friday, June 9. Written by NICKELBACK and co-produced with Chris Baseford (SLASH, SHINEDOWN), “Feed The Machine” is a defiant rock anthem featuring blistering guitar riffs and face-melting rhythm tracks.