Thurdsay night and Night Demon play a special show as a warm up for the Cirith Ungol, can you afford to miss out? No, you can’t that’s the answer. 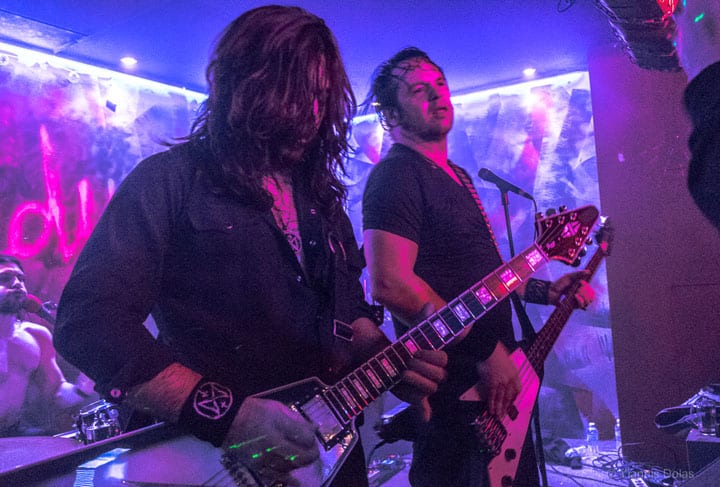 The Americans were gassed up and played cover songs of whatever you can think of from Riot and Maiden, to Skid Row in front of a small crowd with several “alien” metal figures from Scandinavian countries. Actually, arriving at Remedy  I thought for a moment that I wasn’t in Greece with the impressive patches, the beards and the average height that was close to 6,6 feet! Needless to say that the blood alcohol concentration was on an all time high! The Californian trio was throwing one blast after the other adding bits and pieces of songs they couldn’t play in their entirety, while the requests were countless. I must say that there was a Manowar obsession that wasn’t satisfied by the band.

Surely, the most unexpected song we heard was “18 And Life”, by the aforementioned Skid Row, while the rest was closer to the Americans’ style. The crowd was having fun, the band was having fun, alcohol was flowing on a  rare occasion watching a band in a party atmosphere playing stuff out of the box. Of course, Night Demon sound and play different on any other show you will see them play, but that doesn’t mean they didn’t perform well. The passion, the energy and the tons of sweat were there on a night we will remember for a long time. Let’s hope for more such shows in the future and congratulate the promoters who kept the schedule in reasonable hours since the next day was a working day.
Yiannis Dolas 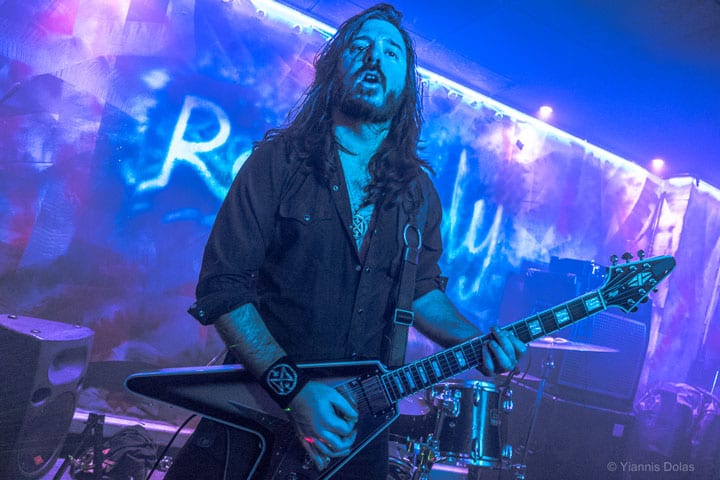