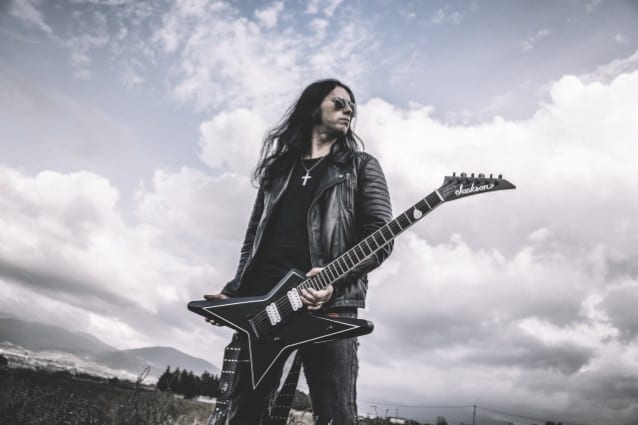 Greek guitar virtuoso Gus G., who joined Ozzy Osbourne’s band just under a decade ago, says that he is “totally cool” with the BLACK SABBATH singer getting back together with his longtime axeman Zakk Wylde.
Gus, who played on Ozzy’s latest studio album, 2010’s “Scream”, confirmed in a new interview with All That Shreds that he was told in advance that Ozzy would be working with Zakk again. “Sharon [Osbourne, Ozzy’s wife and manager] gave me a call last year,” he said. “She told me what’s going to happen. I got a heads up, and I am totally cool with it. It’s your band, and you do what you have to do. I was happy that I was there in the first place and [that] it lasted for [as long as it did]. My original deal with the Osbournes was for an album and a tour that was going to continue for 18 months and that 18 months became seven years. Technically, they didn’t even have to call me after that [first] tour, so they kept calling me back. So it was all good, man. I’m lucky, and I’m blessed that I got to spend all the time with them and play all these shows and be a part of his band for all this time. I have terrific memories.”
Gus reiterated that there are no hard feelings between him and Ozzy. “There’s a lot of history there with Zakk, and I understand that,” Gus said. ” Coming out of the BLACK SABBATH thing, which was huge, of course, he needed a big boost. Given the fact that it’s a farewell-tour thing, it’s cool that he’s bringing Zakk back to the band. You cannot take those kinds of things for granted, honestly.”