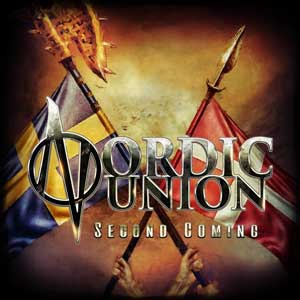 When Nordic Union released their debut album, back in 2016, we were all left under the greatest impressions of the sheer quality of it especially to the compositional inspiration and the flawless performance by Martensson and Atkins respectively. These were memorable songs that demanded your attention thus the expectations for the sophomore effort were naturally high.

This time around, Nordic Union might not disappoint any melodic rock fan but on the other hand we are not as impressed as we were with the debut album. Again, the two guys reach high level in the studio performance but the truth of the matter is that the songs do not have the accessible element and they fail to “penetrate” through your soul. In other words, most of the songs require many listening sessions in order to evaluate them but I’d say that the vast majority of them are quite detrimental and quite typical for the compositional talent of Erik Martensson. I must underline, though, once again that the songs are not bad but are not something exceptional whatsoever. With the exception of “Because of Us”, “Final War” and “Die Together”, the rest of the bunch might be OK but rather generic.

I’d suggest checking out the aforementioned songs and if they win you over then give “Second Coming” a fair chance. I know I did and I am confident that I will revisit the album in the near future. Who know? Maybe, I will re-evaluate it…after all Martensson and Atkins can’t do wrong…or can they?

Highlight: There is a different version of “Because of Us” at the end of the record which is far inferior to the original one.