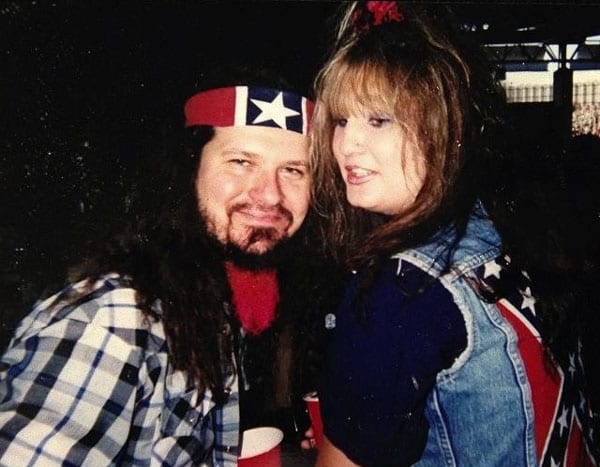 Dimebag’s ex-girlfriend, Rita Haney, slammed Rex Brown’s book  “Official Truth, 101 Proof: The Inside Story Of Pantera”, which was released in 2013. In an interview on Metal Forces she said: “Good lord… It’s not good to write a book when you don’t remember things, and you have other people telling you in your ear, ‘This is how it went down,’ when it didn’t. I got to chapter three, and I felt like I needed to get a highlighter out for things I knew were incorrect. [Laughs] I know where Rex is today, and where is head is. I know he regrets a lot of the things that are in that book. It’s kind of a… I don’t know. How can you write a book when there’s shit you don’t remember?” She also commented about how the drummer and Dimebag’s brother, Vinnie Paul is portrayed: “It seemed (like a) potshot, like, ‘Let’s try to take some potshots and stab at you,'” Rita said. “And yeah, it was pretty hateful. It’s the pot calling the kettle black. How can you throw stuff out there when you’re just as guilty or guilty of worse things? Some of the stuff is not yours to tell, or yours to judge. And yeah, it was pretty shitty, I would say. I know he has regrets about that. If he doesn’t, he needs to.”