We live in a time and age where the phrase “end of an era” pops up much more frequently in the various articles and the casual chats among the music fans all over the world. After all, the recent huge loss of such legendary artists as Lemmy, David Bowie, Jimmy Bain, Glenn Frey, Scott Weiland etc. filled us with grief and troubled us all in regards with the future of our beloved music. We had underlined in the past the inevitable artistic and biological end that was imminent as many stars are approaching (if not surpassed) the age of 70.

Udo Dirkschneider (aka The German General) is an exemplar case of an artist that fits perfectly in the same category as Biff Byfford, Axel Rudi Pell and until recently the aforementioned Lemmy Kilmister. Personally, I admire Udo’s work ethic because his mind seems to be stuck in the 80s and the motto: compose-rehearse-record-tour! Luckily for us, Udo doesn’t seem to follow any trend and he is rightfully carves his own path. After all, this is what he knows and does for 40 years now! If there was one thing that really bothered me was the fact that many metal fans had disregarded Udo’s solo recording efforts in the last ten years. They thought that his albums were below par (that’s an arguable statement) and the unavoidable comparison with the resurrected Accept and its three excellent albums only made matters worse. Thankfully, Udo’s last album “Decadent” was critically acclaimed and the fans embraced it. 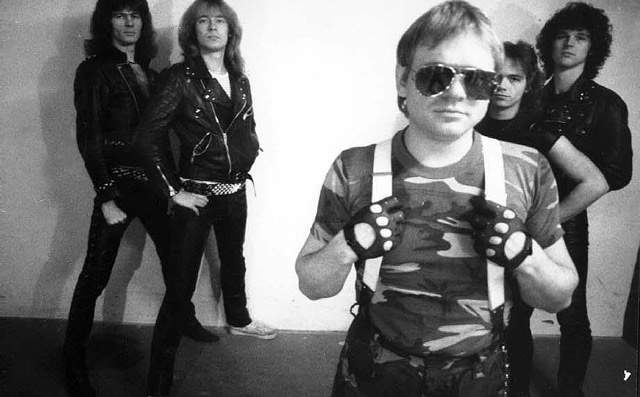 It was around that time that The General decided to close his Accept chapter and do a farewell tour to those classic Accept songs under the Dirkschneider tag so as not to cause any misunderstandings. This tour consists of all the timeless Accept racks that marked permanently our lives. If you watched closely Udo’s career, I am sure you would have noticed that the emblematic singer has shown some signs that he was about to embark on this trek in the recent U.D.O. tour when he played just one Accept song (“Metal Heart”). His message was crystal and twofold: first and foremost that the U.D.O. material was really strong and needed to be taken into consideration and secondly that the farewell to his previous band should be made under the right circumstances. He was the one who always insisted that if you wanted to listen to Accept…well, there is Accept (although it’s not the same, right?).

To make a long story short…in a few days Udo will play in Greece a farewell show to those Accept classic songs. It’s a no brainer that we will be there in order to celebrate the true heavy metal sound. Yes, we would have loved to see one last time Udo with Accept on stage (and with Stefan Kaufmann of course) but that’s what it is. Udo bids farewell to Accept but rest assured that he doesn’t bid farewell to arms. The German General still has many battles ahead of him…