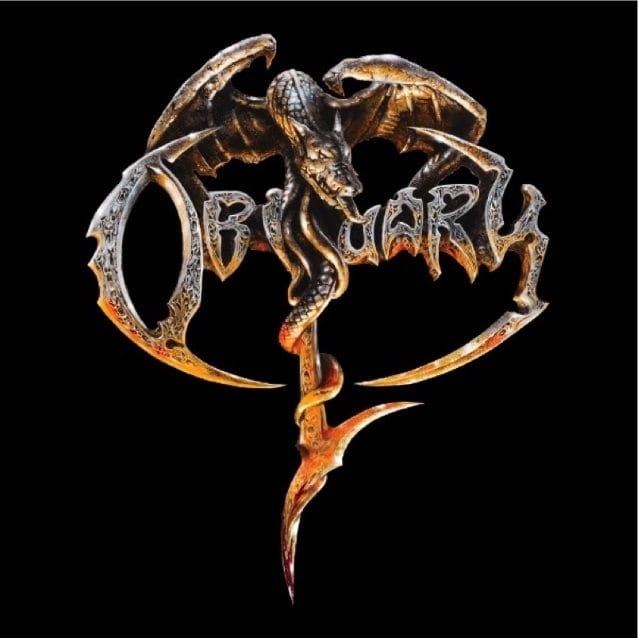 Florida death metal veterans OBITUARY will release their self-titled, tenth studio album on March 17 via Relapse.
Picking up where 2014’s “Inked In Blood” left off, OBITUARY show no signs of slowing down as they continue to reign as kings of death metal. Recorded at the band’s home studio in Tampa, “Obituary” is a ten-track tour de force of bone-pulverizing death metal that is as heavy, uncompromising and infectious as anything they’ve released in the group’s historic, nearly 30-year career.
“Obituary” track listing:
01. Brave
02. Sentence Day
03. Lesson In Vengeance
04. End It Now
05. Kneel Before Me
06. It Lives
07. Betrayed
08. Turned To Stone
09. Straight To Hell
10. Ten Thousand Ways To Die