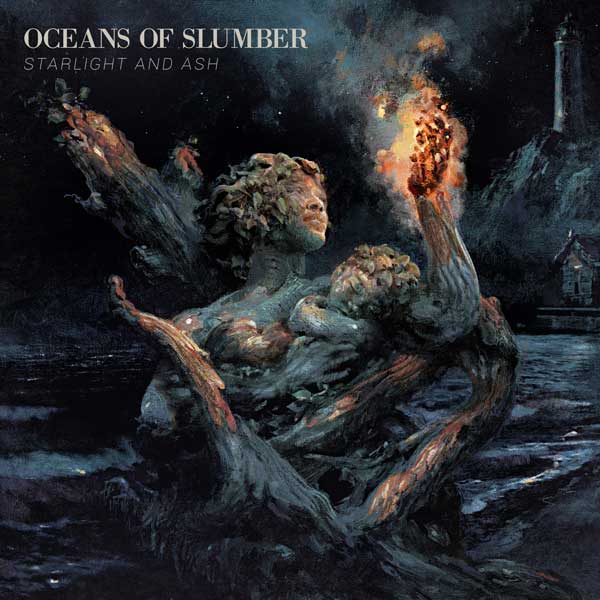 I think we expected to listen to a record like this from Oceans Of Slumber. On the one hand, the restless spirit of the band that makes sure to evolve and try different things in each new work. On the other hand, some elements in 2020’s “Oceans Of Slumber” indicated a possible change and this came on the Texans’ fifth full-length, which is also the most different from anything they’ve done in the past.

This happens for the following reasons. First, they put aside their metal side. Not only the extreme one, the metal one in general. They also distance themselves from long durations as in the past they have presented us with many songs over seven minutes with many changes and different elements in them. In here we find compositions that are shorter, putting aside their intense prog character.

Essentially we are talking about an atmospheric rock album (or southern gothic as they call it themselves) with minimal outbursts in intensity and speed (such as in “The Waters Rising” and “Red Forest Roads”) in which the stars are the atmosphere, the keyboards and of course the enchanting Cammie Gilbert. It’s as if the record was written to highlight her awesome voice and the wonderful things she can do with it, and her performance on the record is shocking at times. The guitars are a secondary component, since we hardly hear any riffs but calm melodies that have a complementary character.

Oceans Of Slumber make a big change and if someone who doesn’t know them listens to this record and then does the same on any of the previous ones, he’ll think they’re a different band. And of course I’m not saying this in a bad way, “Starlight And Ash” does not lack quality. It’s just a completely different approach, a new era for the band and they deserve congratulations for doing what they think is right instead of sticking to tried and tested paths.

A bold move, of course, since it may divide many of their fans who might have been waiting for another extreme prog metal album, but it will certainly bring some new ones to their side. Also, continuing the tradition with the covers, here they have chosen “House Of The Rising Sun” in which they produce a very special effect by being accompanied by violin and cello. “Starlight And Ash” is a good album, but personally it will be low on my list if I want to listen to something from this band.