It’was November of 1984 when the notes of Death Rider rushed out of the speakers for the first time. That exact moment, American epic metal gained one of its main representatives. “Ride against the wind, shameless killer in the night” the first words sung by the raspy, barbaric yet melodic voice of John David Kimball. 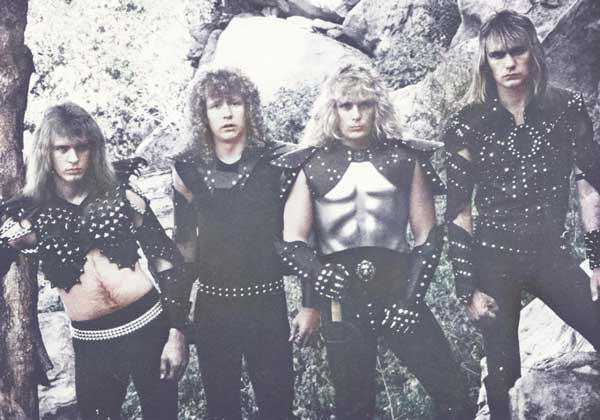 A singer who managed to record 3 legendary full length albums and one EP in less than 5 years and won his well-deserved place among the most iconic voices of our beloved music. He left Omen in 1987 and amidst great turmoil and his bitterness was so great that he never looked back of practiced singing with other bands again, a decision followed right till the day he left this mortal world in 2003 due to cancer. One could say that his departure cast a heavy shadow and a curse upon the band and especially the spot behind the microphone…

Canadian singer Coburn Pharr rushed in for the recordings of the 4th Omen album, Escape to Nowhere. He had already recorded an album with Prisoner and later on went to record Annihilator’s Never Neverland. This collaboration wasn’t meant to last long. Pharr’s squealing voice didn’t add something special to the result with the compositions being already too weak. The collaboration with renowned producer Paul O’Neill was disastrous and literally led to the disbanding of Omen. That is what you get when you call Versace to design clothes for Conan the Barbarian… 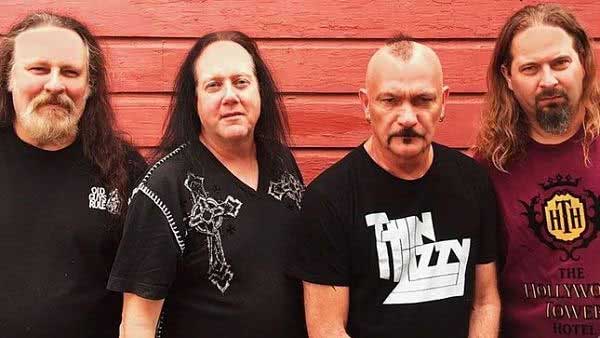 In 1996 we witnessed the resurrection of Omen with Greg Powell, son of Kenny, behind the mic. Reopening the Gates stands as one of the worst comeback albums of all time. The touch with the past is completely absent and Greg’s voice is somewhere between Anselmo and Hetfield. Failure was imminent and reinventing the band was the only way.

Two years later Kevin Goocher joined the band and to this day remains the singer with the longest term in Omen. On his first term that lasted almost 11 years, he managed to record only one album with the band but linked his name with the return of Omen on stages worldwide. His way of singing was close to J.D. minus the raspy pitch. 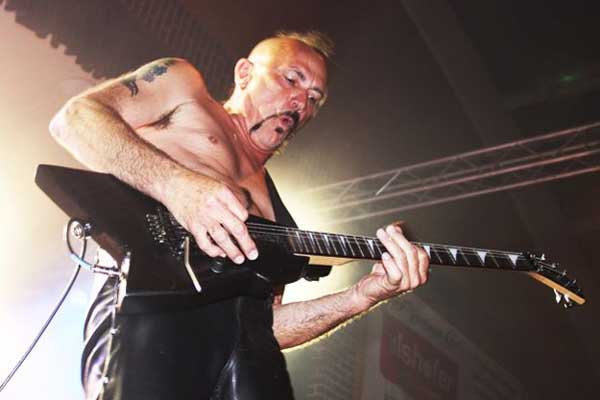 The Powell-Goocher duo called it a day in 2009 and experienced George Call (Aska) was summoned to join ranks. The particular choice seemed ideal and fitting at the time, concerts where more than encouraging but once again there was fallout between Powell and singer.

Obscure new singer Matt Story was announced in 2011. The demos that followed raised high hopes. But once again years passed with no new album in sight and Story added his name to the long list titled “ex Omen vocalist” in 2014.

This was the opportunity for the second Goocher term that led to Hammer Damage. The album was mediocre at best and Goocher was once again out the Omen door. The year is 2017 and a statement from Powell stirs things up. A Greek lad, Nikos “Migus” Antonoyiannakis, is announced as the new Omen singer. He introduced himself through Marauder’s Bullethead album and scored a great transfer. The first samples left everyone speechless. His voice is closer to J.D. than any other. Raspy and dynamic and with similar pitch. Announcement of a Greek tour was only but a matter of time. Nikos will have the chance to show us that he is a worthy continuator of the legacy that the mighty J.D. left and he bridges the past with the future of the band in an ideal way. Hear his Battle Cry! 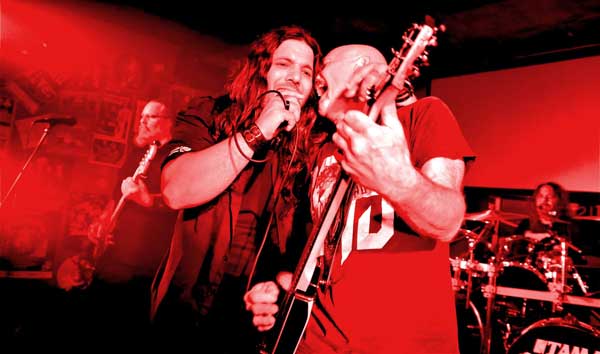